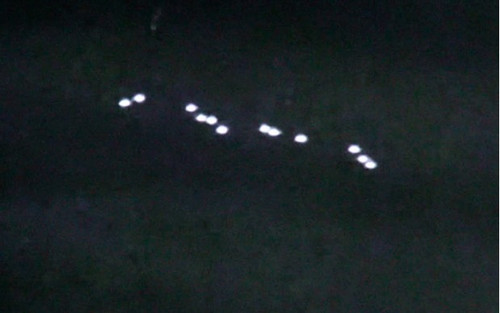 As we reported earlier in the capital of Peru due to the appearance of a UFO group in the area of ​​Jorge Chavez International Airport, the arrival and departure of all aircraft was halted. It is worth noting that despite the fact that the objects were in the sky for about three hours, it was impossible to make their detailed shooting on video and photo equipment because the objects were visible only on the radar and through the infrared camera.

The case is amazing and the main thing officially registered by the airport services in Lima. What did they want to show with their presence? Perhaps their construction in the sky is not a mere coincidence, but a message? If you look at the photo, then the objects are lined up almost in a straight line and this line resembles a message on the Morse code. 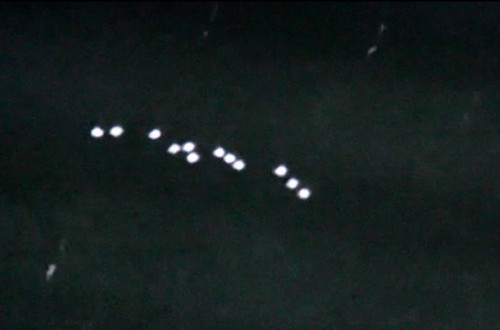 The objects looked like glowing dots. If you look at the first two points, then on the Morse it’s T (dash). Then comes the letter – E. Then the point and dash – A. Then there are three points – C. Then two dashes – M.

It turns out TEASM. In Peru they speak Spanish, which means that you should watch the translation of this word in Spanish – a team, a group, a collective.

Here is a message sent by a group of UFOs that blocked the work of the airport in the capital of Peru.