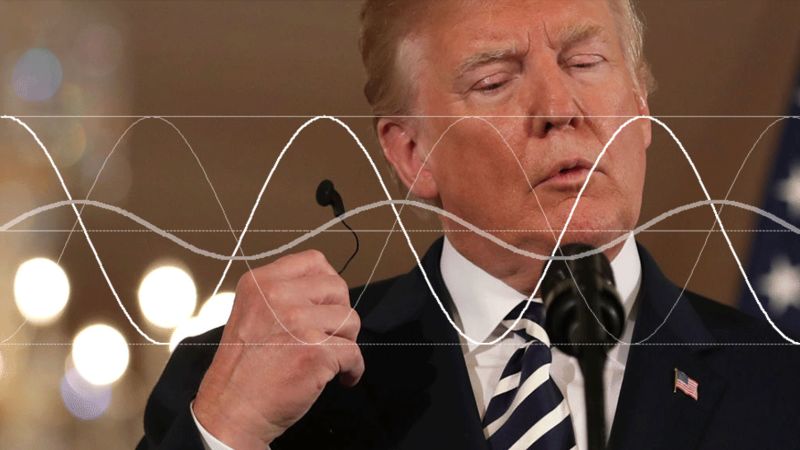 At first I did not pay attention to the statements of the US State Department that the State Department employees are exposed to an unidentified source of sound vibrations as a result of which a person’s motor functions are violated and even brain tissue damage is noted, but the number of such cases is growing and let’s learn more about similar incidents.

I note at once that the source of this “sound weapon”, the principle of its operation and the reasons for its selective use against specific people have not been established.

When President Donald Trump traveled to Singapore for a historic summit with the leader of North Korea, the State Department’s security agent, who was part of the forward team, said that he had heard an unusual sound that, in his opinion, was similar to what US diplomats in Cuba experienced in China. As a result of those sound attacks, those affected by their impact were hospitalized.

The agent immediately underwent a medical examination – part of a new US government protocol designed to respond to such potential health incidents anywhere in the world. And while the president flew to a meeting in South-East Asia, the US delegation preparing for his arrival exchanged urgent messages with the State Department’s headquarters in Washington, including the Diplomatic Security Agency and the US Secret Service.

According to four US officials familiar with this issue, it turned out that this false alarm and medical examination of the agent did not reveal any health problems. But a quick response to the agent’s application demonstrates how seriously the Trump administration is considering the potential risks of such sound attacks.

At the moment, it is officially known about 26 employees of the US State Department who suffered from unexplained sound attacks in 7 different cities in different countries. All of these 26 employees after the sound impact were hospitalized and officially harmed to their health resulting from the impact of this mysterious “sound weapon”.

These incidents have become a source of concern for US officials working overseas and their families, because at the moment no one can say who or who is responsible for the unexplained incidents that began more than 18 months ago.

As a result of the impact of this “sound weapon”, the victims receive a minor traumatic brain injury, also known as a concussion.

Medical officials at the State Department are now encouraging US diplomats abroad to take the initiative in immediately reporting suspicious sounds or unexplained symptoms.

State Department staff working with doctors from the University of Pennsylvania, along with the doctors of Miami, have developed a detailed, formalized protocol that involves testing potential victims for the fastest symptoms of brain damage. Diplomats recently posted to the posts undergo “basic” checks so that if they later report the incident, the results of their tests can be compared to their results before they arrived in the country.

One or two cases can be attributed to chance, but 26 is already an interesting trend. Who or, as the Department of State correctly noted, “that” attacks the US State Department staff around the world and who is behind all this – terrestrial or alien forces?