4 places on Earth which constantly burn 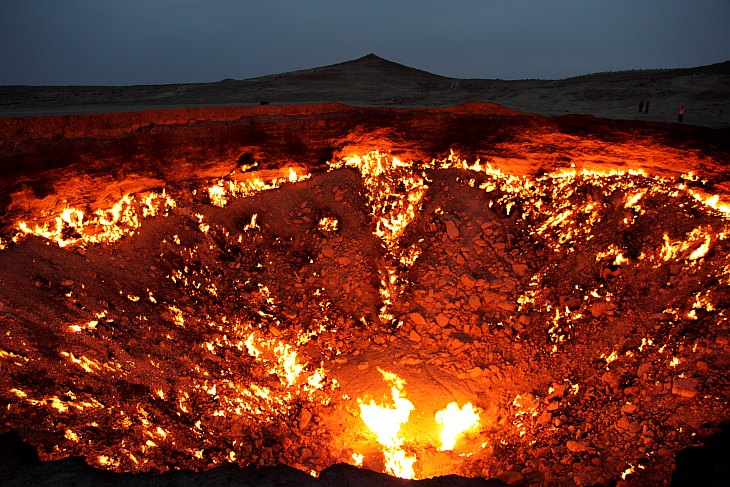 The fires break out and fade. But is on Earth of the place which burn — or smolder — incessantly.

Participants of the Arctic expedition of the captain John Mac-Klur sent for searches of the gone Franklin expedition saw smoke on the horizon in the 1850th years. They were sure that they found lost, and very much were surprised when they found on the cape Batkherst the smoldering infernal landscape instead of the camp. Hills smoke as consist of mix of slate and pyrites with coal and sulfur. The rock disappears, minerals ignite, and so occurs for centuries. 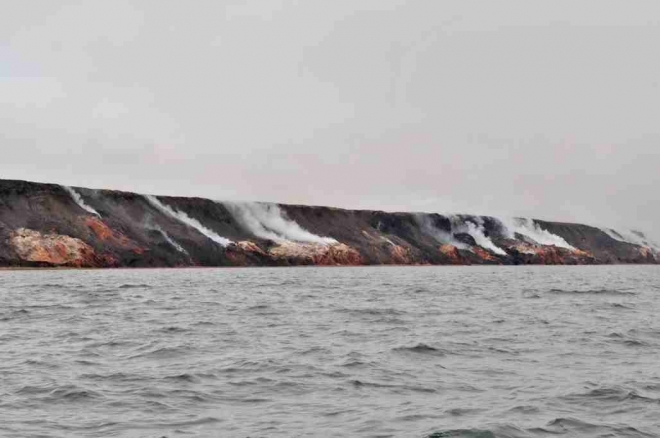 2. A gate to hell, Turkmenistan

Actually this place is called a crater of Darwaz. The Turkmen sight was formed at the time of the USSR. The crew researched the place regarding availability of natural gas. Once the soil absorbed the drilling rig and the huge karst funnel yawned. Set fire to a gas crater intentionally to burn out toxic gases

“Eternal flame” burns at the Iraqi city of Kirkuk thousands of years. The ancient fire worshippers living in this area sent expectant mothers here to pray for the birth of sons. The place, perhaps, is mentioned in Herodotus’s works and even in the Bible. 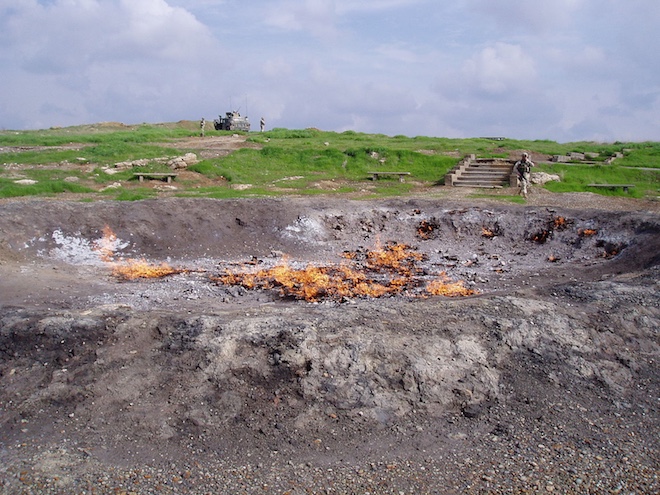 In 1962 firefighters set fire to a dump here. The problem was that under a dump there was a thrown coal pit, and this part of the USA is rich in coal. Firefighters didn’t manage to put out fire before it reached coal layer. There passed more than 50 years, and the flame everything burns, and attempts to extinguish it don’t make success. In this area coal suffices to support fire of 250 more years. 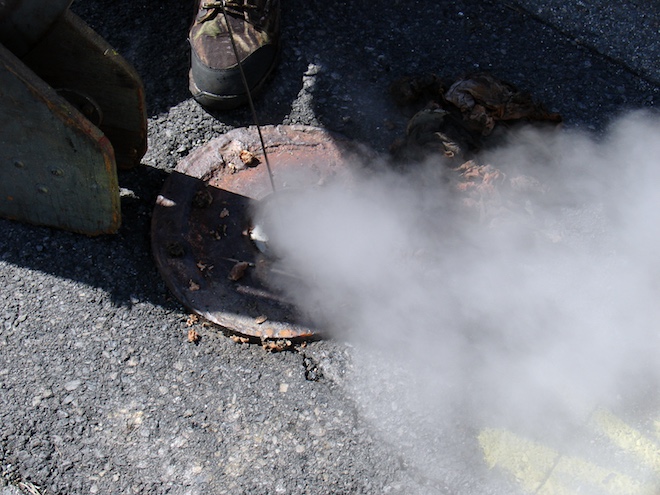