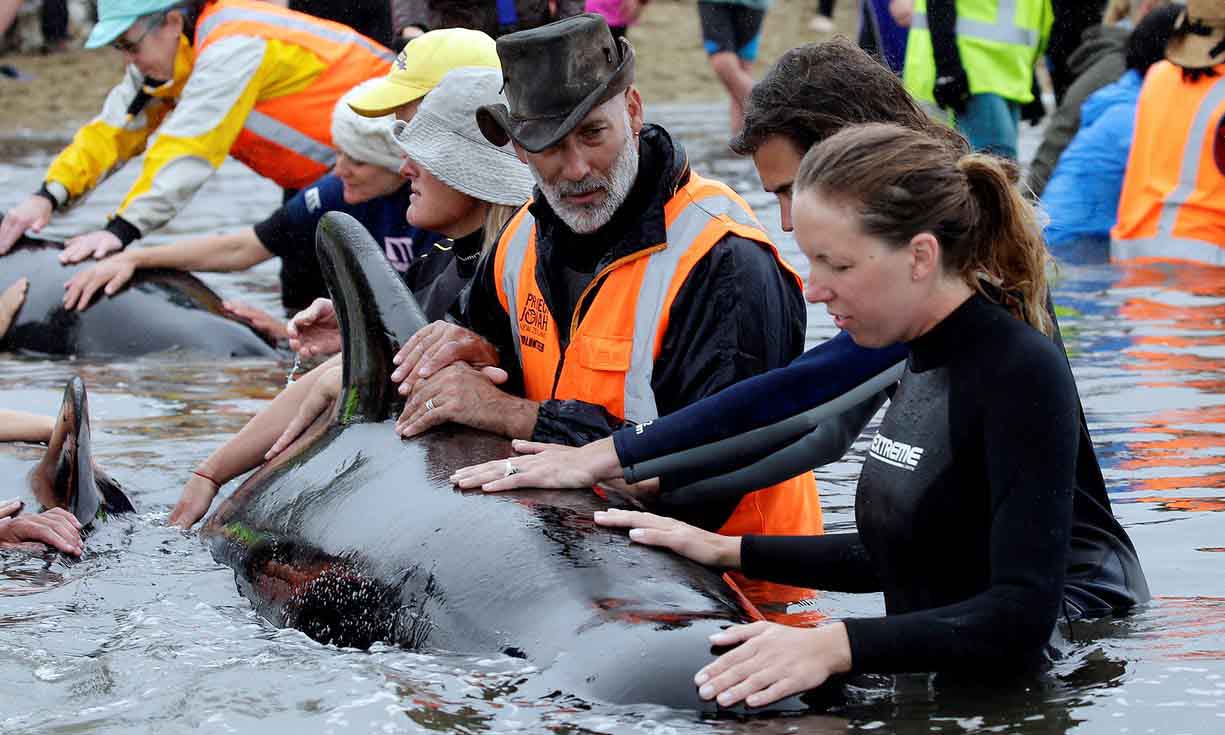 Over the past few days on the shore of the Pacific ocean to New Zealand jumped 650 dolphins — Blackfish. Hundreds of dolphins were in the sand long braids, Sleeping Farwell the largest island of New Zealand South.

By Sunday, about 350 of them died, despite usilia volunteers who watered and covered with sacks of wet sand those whom have not gotten help. 20 dolphins put to sleep, as hope to save them was gone. About a hundred were saved through the efforts of volunteers, 200 were able to return to the water without the help of people.

Pevye 400 dolphins were found ashore on Friday night. Many of them were already dead. By Saturday, the volunteers were able to return the survivors to the ocean, but a few hours later, about 250 dolphins are washed ashore in the same area of the spit. It was another group of volunteers put labels on all the saved Saturday the dolphins, but none of the animals of the second queue label was not found.

Long curved, Farwell Sleeping has a bad reputation trap “whales” dolphins-whales and other cetaceans before it was put on her the sand, unable to cope with the currents around the South island. To help gurindam back into the water — a hard task: dolphins large (7.5 meters) and heavy, so it is possible to save not all.