80 black dolphins rushed to the coast of New Zealand 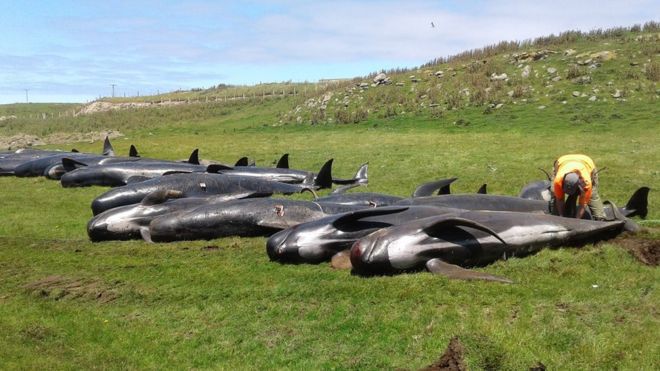 According to the New Zealand Department of the Environment, between 80 and 90 black dolphins, also called grindas, were discovered cast ashore on Thursday in Hanson Bay.

Several dozen individuals managed to recover and swim away, but 50 were already dead at the time of detection. They took skin samples for analysis. The massive release to shore means that over the past week in the region as a result of such incidents killed more than 200 whales. 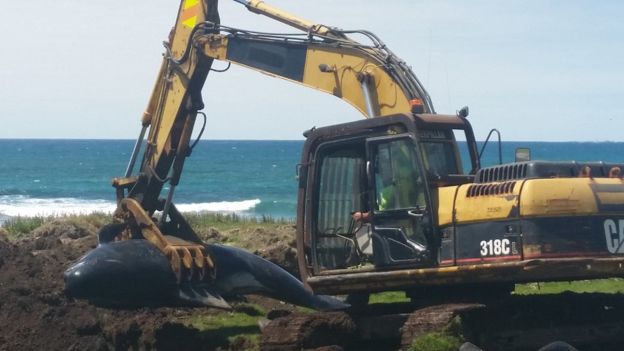 The remote and sparsely populated islands of Chatham are 800 km off the east coast of the New Zealand South Island. About a week ago, 145 black dolphins were found dead on the beach of Stewart Island, and on Sunday 10 dwarf whales were found on the beach in Northland. 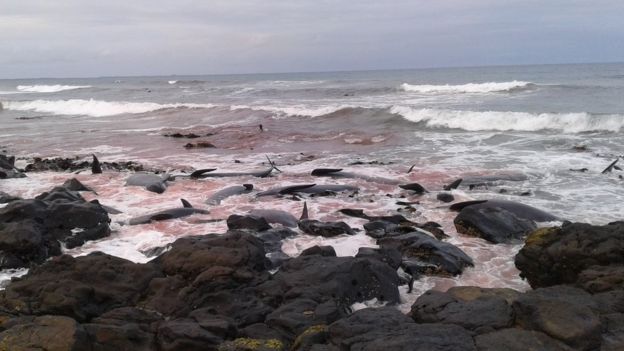 Mass mortality of marine animals is rare in New Zealand. According to the local authorities, these may be cases where whales go astray by mistake, illness, bad weather or predators.