A fisherman caught a two-headed shark off the coast of Palgar in Maharashtra, India 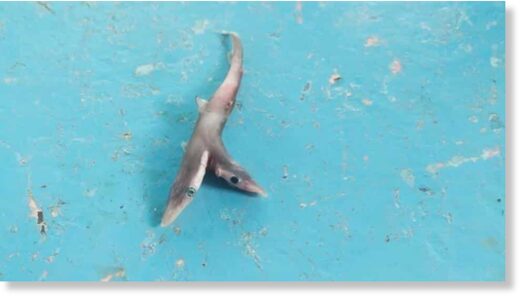 According to a report in The Hindustan Times, a fisherman from the village of Satpati in Palgar discovered a six-inch shark with two heads in his nets on Friday.

He threw the shark back into the water. The fisherman said that he had never seen anything like it before.