A frightening series of “cattle mutilations” recorded in France 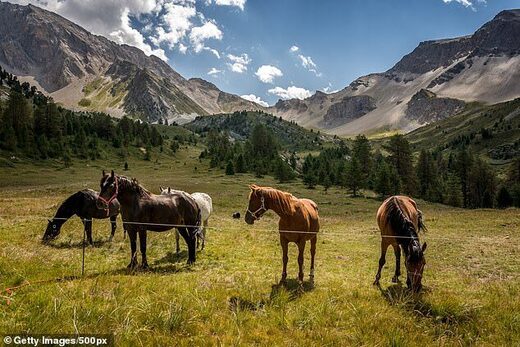 Such cases are usually associated with UFOs or alien experiments with the aim of harvesting certain organs of living beings for subsequent genetic experiments.

The last such event was recorded in Cortambert, a village in the Saone-et-Loire region, and it happened last Friday night.

The horse’s right ear was cut off, one eye removed, and the genitals were removed in an odd way.

“This is absolutely barbaric,” said a local official.

A Paris police spokeswoman said that since the beginning of the year, about 10 such cases have been reported in France, most of them in the north, and many of them occurring in secluded meadows.

She said there were also cases between 2014 and 2016 and that similar killings and mutilations of horses have been reported in the past in Belgium and Germany.

But such a large number of cases in France is unprecedented in such a short period.

“We don’t understand motivation. We do not know. It is very traumatic and scary, ”she said.

She said that the victims were horses, as well as one donkey, and that the same set of organs, including ears, lips and reproductive organs, had been removed from all animals. The meat was not removed from the carcass, besides, the carcasses of the animals were somehow exsanguinated, and the organs were removed in a strange way.

According to her, the national police are helping local law enforcement agencies to investigate and France has sent warnings to police in other European countries.