A “gate of hell” 22 meters wide formed in the lake 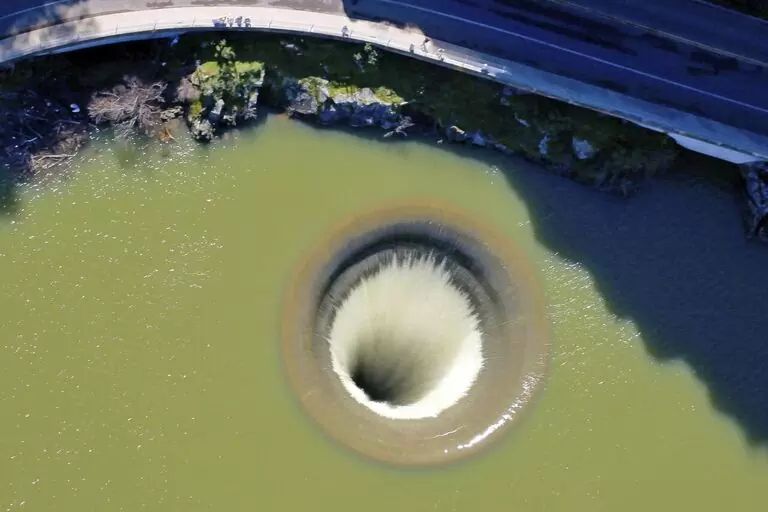 In Lake Berryessa, located in the Napa Valley, California, a 22-meter funnel formed, which journalists dubbed the “gates of hell.” This is reported by the Daily Express.

The mysterious phenomenon has an explanation: under water there is a tunnel 22 meters wide and 75 meters long, built in the 1950s. It opens when the lake level exceeds 4.7 meters. In such cases, the tunnel acts as a drainage hole, which is capable of receiving about 1360 cubic meters of water per second.

In 2018 and 2019, the tunnel was already opening and attracted many perplexed onlookers. In both cases, the cause was an increase in the water level in the lake due to heavy seasonal rains.

so… i thought we were in a drought. where is this extra water coming from? and WHY is it being allowed to drain when we need it so badly?