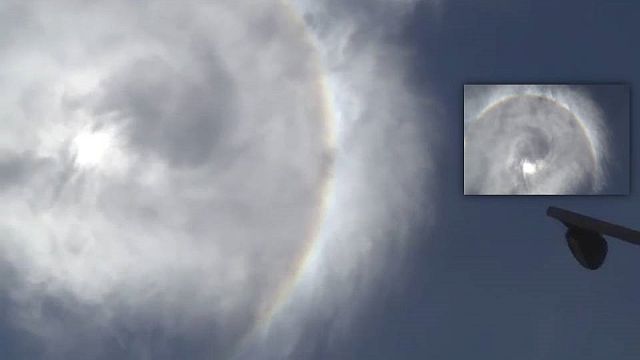 November 13, 2017 Arnoldo Liendo Arce captured a strange phenomenon in the sky over Antofagasta in Chile.

During the filming of the solar halo that appeared in the sky, he noticed a very strange phenomenon, the spiraling formation of clouds inside the circle of glow caused by the halo.

On the first video, an eyewitness captured this unusual phenomenon, and on the second video shot in the same place in Chile, eyewitnesses removed an unusual rainbow glow in the sky, which in their opinion may be a sign of an early earthquake.