A mysterious monster is spotted at the river in Alaska 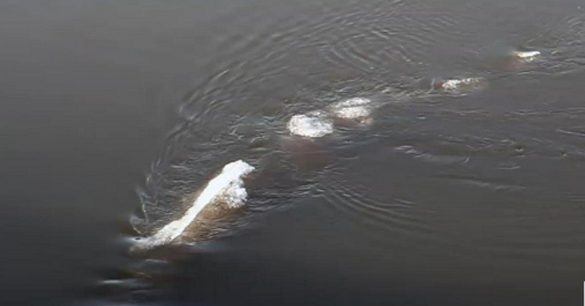 Craig McCaa of the Bureau of land management Fairbanks district, likes to walk on the river Chena and take photos of beautiful views. On 18 October he took the camera and went to the river to take pictures of the ice floating on the river, but he was expecting a big surprise when on the surface of the water, he saw a strange writhing in the water being covered with a crust of ice and floating in the muddy water.

According to Craig, the length of the strange creatures reached approximately 5 meters. McCaa took a video and posted it on Twitter the Bureau of land management Alaska. People viewed the video suggested that this may be a huge sturgeon, but no giant sturgeon have never been observed in the Chena river. Speculated that this rope snagged on the bottom, but Craig said that the object moved like a living creature, was like swimming in water snakes.