A piglet with two heads and three eyes was born in the Philippines. 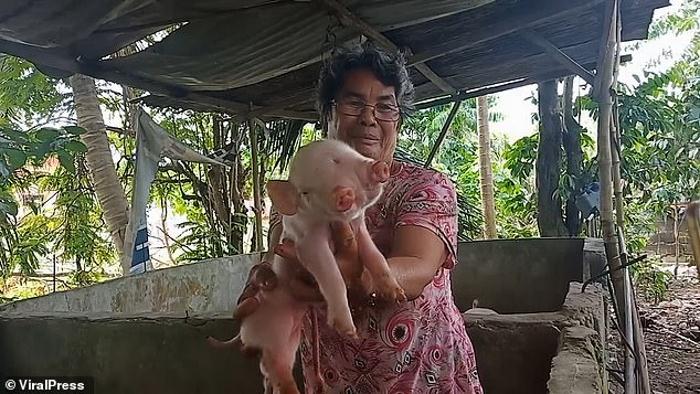 In the Philippines, a pig born with two heads, two noses and three eyes shocked the locals. The video, filmed by eyewitnesses January 31, drew the attention of the publication Daily Mail. A mutant named Mara Clara was born in the village of Kalyan, Sultan-Kudarat province. The frame shows how the hostess of the pig Adeline Dalipe (Adelita Dalipe) holds her in front of her hands in front of the villagers. Then the woman puts her near her mother so that she feeds the newborn.

Dalipe admitted that she was confused after the birth of Mary Clara, but soon appreciated her uniqueness, reports the publication. “I think the piglet was lucky. She’s so unusual. It is so wonderful that she is alive and well, ”says the woman. – The baby has a lot of energy, like her brothers and sisters. I will protect her and take care of her with due attention. ” Marra Clara is kept in a separate cage, she is constantly looked after.

Mutation pig called polycephaly. Anomaly occurs in reptiles, mammals and sometimes in humans. If two embryos in the womb are not fully separated, the individual develops two brains with a single respiratory and digestive system. As a rule, mutants die soon after birth, but there are exceptions.