A race of people-mutants captures the Earth 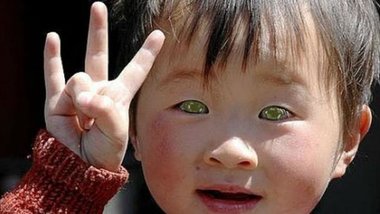 As the representatives of any species of living organisms inhabiting the Earth, the people, contrary to popular stereotype, has not ceased to evolve — say scientists, who fear that the sharp rise in the number of mutations will soon reach a certain critical point, after which the mutants displace the ordinary people. In this case, the process would be quite justified from an evolutionary point of view, because with unique abilities people are really on the next stage of development.

As an example, it is worth mentioning the boy from China named Nong Usui, which has an absolutely amazing structure of the eye, which, like some animal, to see in almost total darkness. The boy’s eyes contain a layer of special cells (like cats, raccoons and dogs) that have never been recorded in humans. Boy teasing a mutant and an alien, but scientists are sure that the future — for such as he.

Or, as Abu Singh from India who has the unique ability manifested in his immunity to the venom of snakes. Man repeatedly bitten by the most deadly snakes, but their venom is not brought Abu no harm. The blood of men, as it exposed the Indian doctors, belongs to the unknown group.