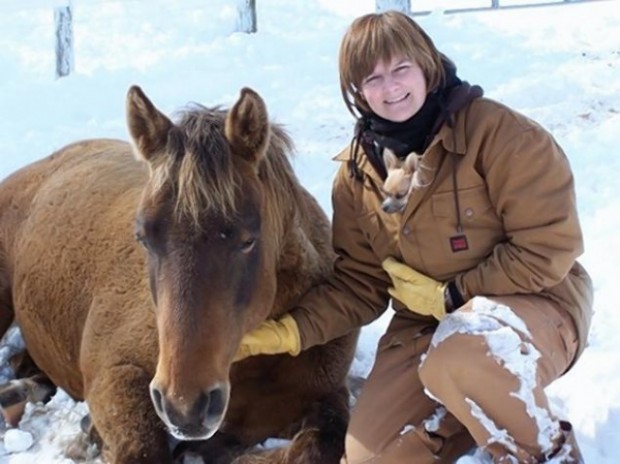 A 50-year-old Canadian woman, Sharon Campbell-Reyman, a mother of two, fell from her horse, hit her head and fainted. When she woke up, she was silent for several days, and then she began to speak with a Scottish accent, using idioms accepted in this language – despite the fact that she had never been to Scotland before.

Surprised doctors diagnosed the victim with the so-called “foreign accent syndrome”, which so far has been noted in similar circumstances by just 60 inhabitants of the planet.

Sharon is sure that this case is a sign from above, and that providence requires from her some actions. The woman, together with her husband Doug, went to Scotland to study the history of her family, as her ancestors came to Canada from this country more than 100 years ago.

Upon her return, she left her horseback riding classes and went to work in a rehabilitation center, where she helped people recover injured as a result of traumatic brain injury. In an interview with the publication, she said that she feels completely different, and she is sure that brain injuries that do not have physical symptoms can nevertheless affect people very much.