A smoking crater is found in Mexico 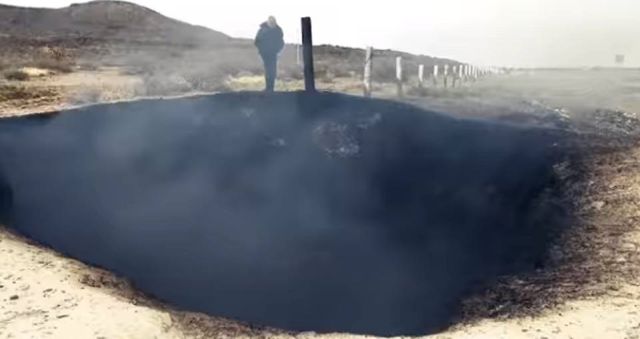 On January 17, 2018, alongside the Torreon Saltil highway, between 165 and 164 kilometers of the road, a burning and smoking crater of the cause of its appearance was discovered. Anomaly is in the state of Coahuila in the north-east of Mexico.

Local media suggest that at this point a meteorite fell to the ground, which, as a result of the impact on the ground, formed this smoking crater, 8 meters in diameter and 8 meters in depth, but the fragments of the alleged meteorite in the crater area were not found.