A strange glow was seen in Norway 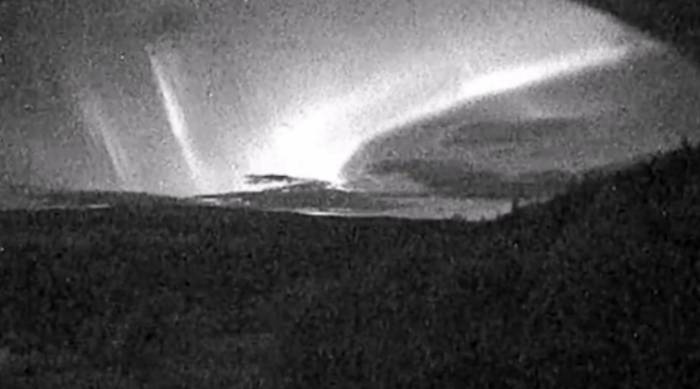 On the night of 26 September 2016 to the web camera installed in the valley of Hessdalen, Central Norway, there was an unusual glow. In a clear starry night with a few clouds on the horizon and the sky was a huge dark disk, hidden in the cloud. At its edge from the bright light source was moving glowing pulsating flows. To the left of the bright glow formed several aimed to the sky lines of the halo.

It’s an unusual sight did not last long. After half an hour in the sky there is not a trace of them. First sight appeared a glow like the Northern lights. However, the web camera focused on the Western side of the valley in which it is not observed.

The mysterious Hessdalen valley became known in 1981, since then, as its inhabitants were concerned and alarmed by the emergence of strange and unexplained lights in the sky. After that, this place was discovered thousands of lights, built an observation station with a continuously running surveillance cameras.54″ height=”480″ src=”https://www.youtube.com/embed/JXswNvHe4n0″ frameborder=”0″ allowfullscreen>