A strange phenomenon was observed in the sky over Colombia 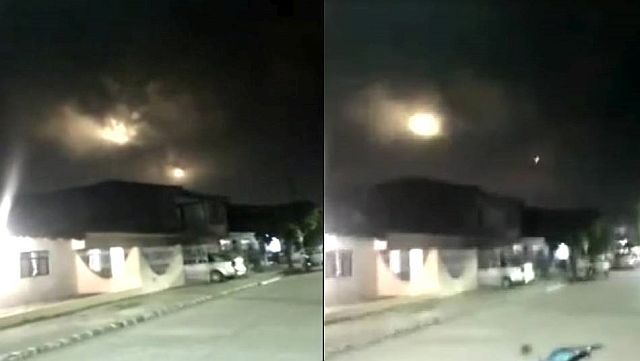 Many eyewitnesses witnessed a strange celestial phenomenon in the sky over the city of Kali in Colombia. At night, clouds began to approach the city, lightning flashes were visible in the distance and at the same time a loud sound came from somewhere from the sky, the clouds dispersed and two bright objects appeared, as if the sun had risen in the middle of the night.

Local residents report that first in the gap between the clouds appeared one brightly shining spherical object, then he issued a strange sound and divided into several luminous objects that moved to the sides of the main object.

Then they began to disappear one after another. Strange phenomenon was observed on September 23, 2017. What was happening greatly frightened the inhabitants of the city, everything looked very scary.