Abduction of children by aliens 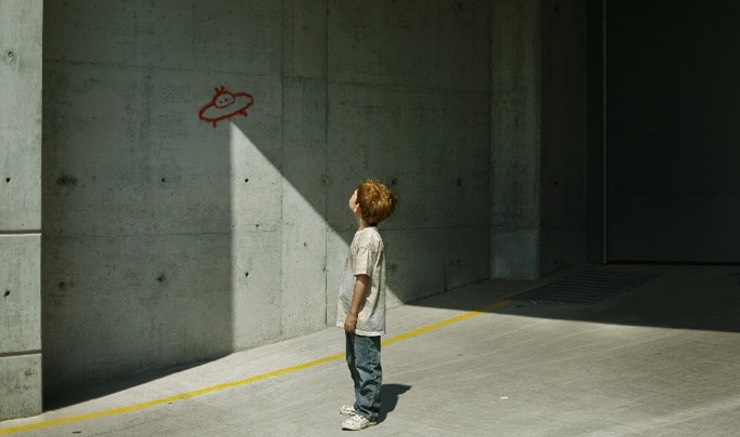 UFOlogist James Harder collected an impressive collection of cases of abductions by aliens. And this collection is alarming: among the abducted many children. Scientific caution does not allow to name the exact figure: most of the messages arrive to the researchers late, when the child becomes an adult.

At the same time, Dr. Harder, who was part of the APRO organization, discovered the reverse pattern: people abducted by adults basically say that they had such experience at the age of 6-7 years.

APRO – American UFO organization, officially: Organization of the study of atmospheric phenomena. It was founded in the USA (Tucson, Arizona) by J.Lorens and K.Lorens in 1952. At the present moment has ceased to exist.

“We are faced with a fantastic picture,” says Harder, “and we can not help but ask: why children?

There are no answers from foreign researchers yet. However, a careful study of the facts and the possibility to systematize them in chronological order make it possible, they believe, to shed light on the problem.

So, a few such facts, that is, stories told by the victims of abductions.

Eight-year-old Frenchwoman N. played at the channel between Arlei and Perron. Suddenly, strange creatures of high growth appeared in metal suits, in metal suits. They forcefully took the girl to a round object with rectangular windows and, sitting on a soft sofa in a bright room, disappeared.

After looking around, the girl was frightened, she cried. Almost immediately there was a hole in the ceiling, and the child, not understanding how, was on the ground, quite far from the place from where he was kidnapped.

“We can,” says Dr. M. Fige, “discover here a kind of amnesia (loss of memory) that hides an incomprehensible activity.”

A five-year-old boy, sitting in front of the window, heard footsteps in the garden. Looking out, he saw a small creature with a big head, in an adjacent overall of yellow color. The creature stared at the child. The kid, feeling horror, fainted.

I woke up on my bed. Who and how to put him in bed – does not remember. The next morning, obeying the inner impulse, went to the forest and found a burnt grass in the form of a circle near the house.

Betty Anderson of Ashburham, USA, according to the conclusion of John Fuller, was abducted repeatedly. She remembers, she was inserted into the nostrils of some apparatus, and when it was removed, Betty saw a ball with spines all over the surface. Under the influence of hypnosis it was possible to establish: a probe of strange creatures was introduced to the girl in 1943, when she was seven years old. They took out the implant … 24 years later.

The same year 1943. Five-year-old Betty Lucas was on the beach. Suddenly I saw a sparkling egg-shaped plate. Fear gripped the girl, she fainted. I woke up in a brightly lit room. He remembers that it was surrounded by small-sized creatures, bald, with large eyes without eyelids, with three fingers.

Creatures brought unknown girls to the body of the girl, conducted some experiments. There was a sense of indifference and knowing that this was not the last meeting.

Indeed, two years later, Betty met with small creatures at home. Her parents were not at home, she was sitting in the kitchen. Suddenly, lights flashed outside the window, an orange glow filled the room. Immediately, as if from under the ground, there were five old acquaintances.

Silently, the girl was taken to the room, pulled out some apparatus. Then they gave a vessel with a reddish liquid. “Drink!” – Betty heard a voice, although none of the creatures opened her mouth. The girl drank and instantly fell asleep. Parents, returning home, found her lying on the floor in the kitchen (researcher Fossett).

From the train in Luxembourg on the run fell a boy. And … disappeared. They found him four days later, four kilometers from the scene with a healed wound. As he fell out of the window – he does not remember, he woke up in a round, brightly lit blue-lighted room.

A voice from somewhere above said that he got here by accident, he would be cured and released. After that the child again “fell asleep”. I woke up in a clearing near the railway. Alive and unharmed.

Bad Hopkins, in collaboration with other American ufologists, after investigating 19 cases of abduction from 37, stated that seven children who had been abducted were found to have deep scars indicating a biopsy (tissue sampling) produced on the body.

In collaboration with Dr. Aphrodite Klamar, a psychologist, Bad Hopkins also investigated the case of Philip Osborne, a journalist from New York. In 1978, at night, Philip, lying in bed, felt paralyzed. Immediately came the realization: it was already with him before, in school years.

Philip turned to specialists. On the traditional question, whether he has any scars on his body, answered with surprise: there is a large scar on his stomach, but his origin does not remember.

The journalist was hypnotized with his consent. Already at the first session, Philip described a rapidly rotating sphere and what he saw inside under the dome. On the second, the story of the scar was revealed.