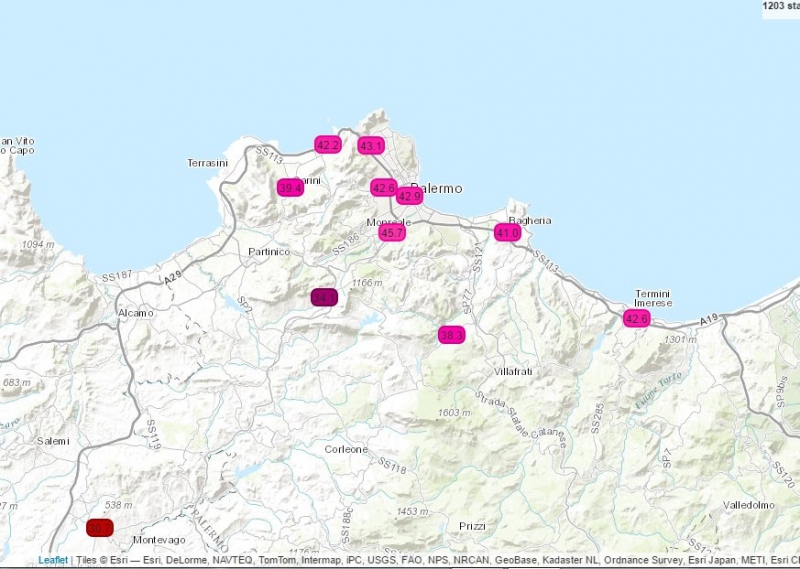 In connection with the removal of hot air from North Africa to the North of the Italian island of Sicily near Palermo city today recorded a temperature of 43.1 in 14:30 at the weather station “Comune di Palermo”.

At the International airport of Palermo recorded temperature is 41 degrees (+42,9 according to the website of the website MeteoNetwork.it) with gusts of the South wind to 23 m/s.

In the city Gibilmanna recorded temperature of 42.2 with gusts of Western, South-Western wind 22 m/s.

While in some cities the dew-point deficit exceeds 30 degrees, which suggests that the air is very dry, but at the same time, this fact helps to survive this extreme heat.

A hot air mass will soon leave Sicily and head of “frying” the Balkans, Ukraine, Belarus and ETR.