Abnormal phenomenon captured over the coast of the Gulf of California 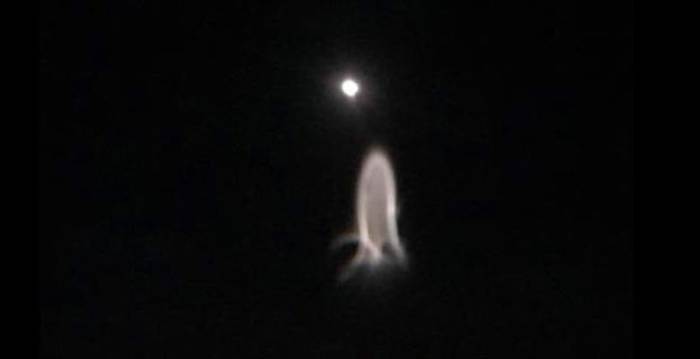 Yasmin Duarte Valenzuela was walking with friends on a night beach on the coast of the Gulf of California and they witnessed a strange phenomenon in the sky.

Against the background of the full moon, a striking glow appeared, reminiscent of a ghostly jellyfish or ghost floating in the air, but the glow was huge.

A strange phenomenon was observed for several minutes, and then a ghostly something just dissolved in the air and disappeared.