After the mosquito bite, the woman began to turn into a “stone” 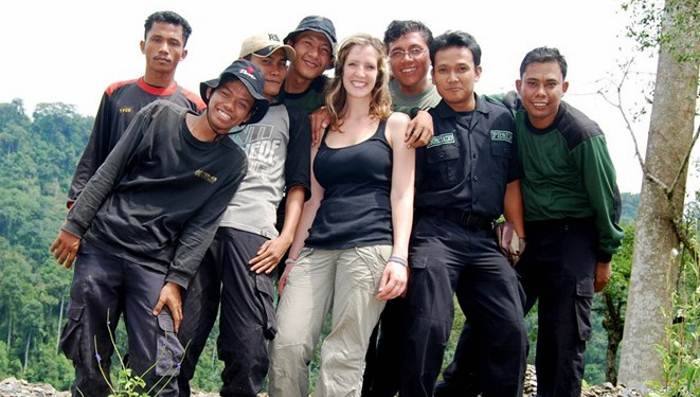 After a trip to Indonesia, a 37-year-old defender of animals from the UK diagnosed an incurable disease.

Rebecca Willers suffers from diffuse systemic scleroderma – an autoimmune disease of connective tissue with a characteristic lesion of the skin, vessels, musculoskeletal system and internal organs. 10 percent of the patients die within five years.

In 2015, Wheelers traveled to Sumatra to participate in the project to preserve the Sumatran tigers – it is an endangered species with a population of less than 500 individuals. Experts believe that the development of systemic scleroderma has provoked a mosquito bite during this trip.

After returning to the UK, the woman suffered several diseases that had no apparent relationship between each other, after which she was diagnosed with systemic scleroderma.

Due to illness, her skin and connective tissue become firmer. According to Wheelers, she feels as if she is turning into stone. “The worst thing is how quickly the disease spread,” she says. “The doctor warned me that in the next three years she will become even more aggressive.” Now, even brushing your teeth is difficult, because the hands are made of stone – I can not grasp anything. ”

Willers plans to spend on analysis and treatment of pension savings and proceeds from the sale of the house. “The animals were my whole life, and now I have to sit in the zoo’s office and do paper work,” she complains.