Airline passengers watched UFO in the sky over France 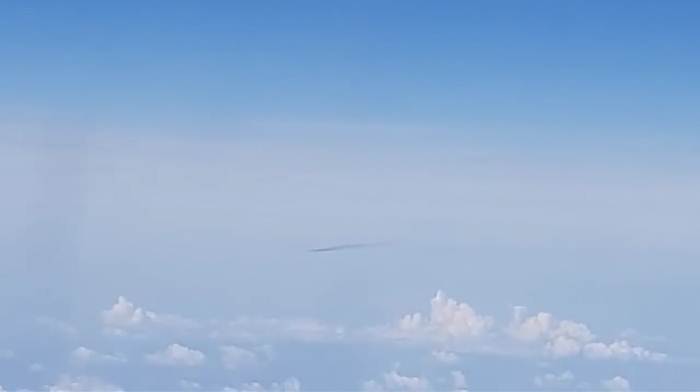 People flying on a passenger plane witnessed the appearance of two fast flying UFOs at that time. when the airliner was over France. According to eyewitnesses, UFOs followed a parallel course, and one even approached the plane. $ CUT $

A passenger airliner collided with a UFO flew from Alicante airport, Gatwick-London flight. Interestingly, according to the passengers, one of the UFOs left a smoky trace during the movements, but in appearance it was not just smoke, but rather steam. Both objects were small in size and people are sure that this is not exactly the flying machines of earthlings.