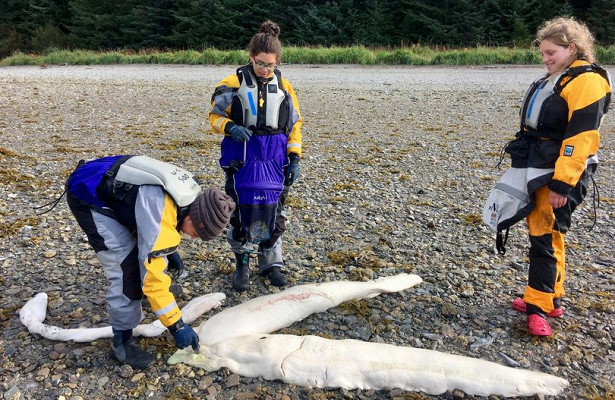 A resident of Alaska, Bjorn Dile found on the deserted beach the internal organs of an unknown marine creature. The meter-and-a-half white fibers smelled of fish and resembled a decomposed liver.

About his discovery, Dile informed sea animals specialists who suggested that the remains can belong to the Pacific polar shark. However, Dile believes that the owner of the parts he found should be much larger than a polar shark. 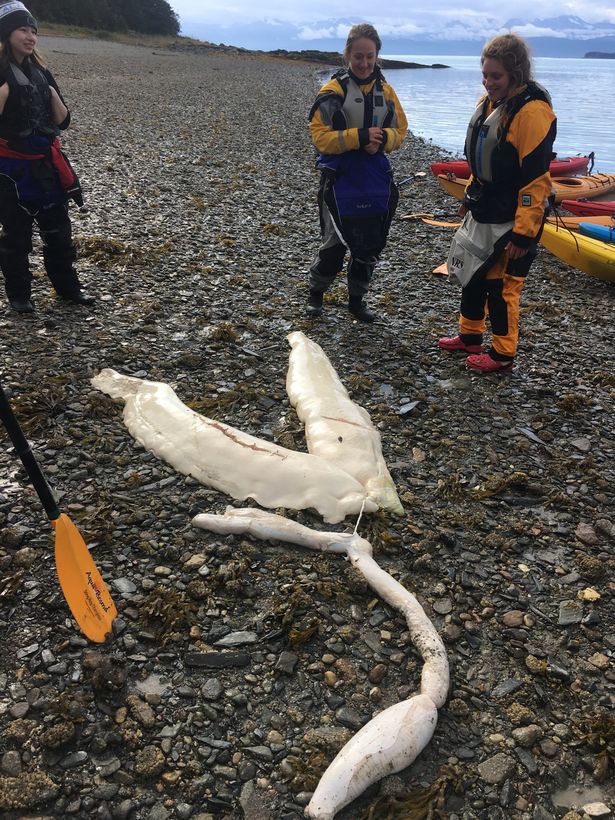 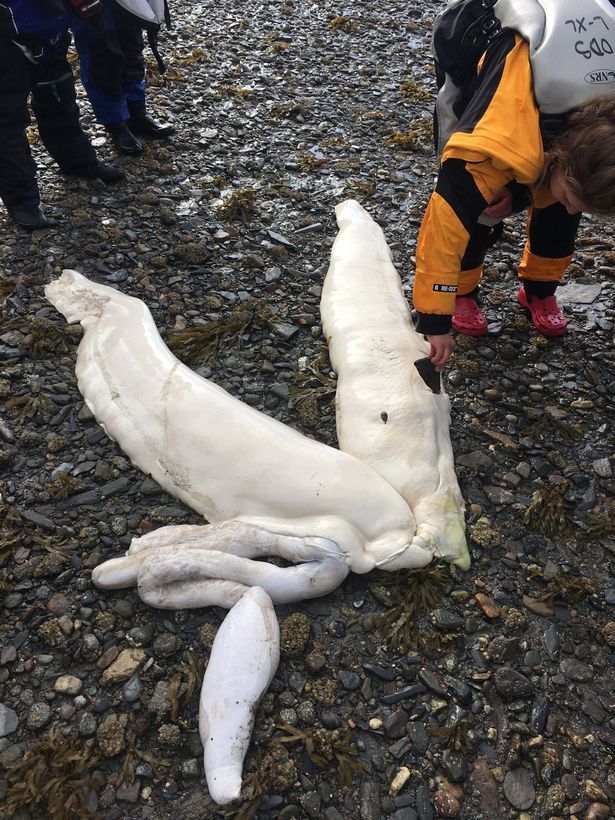 “I was a fisherman. Several times I came across polar sharks. What I found belongs to someone much larger, “said Björn Dile.

It also remains unclear how the internal organs of the shark, which lives at a depth of 6 km, could be ashore.

“I’ve heard that seals eat polar sharks, but that’s just rumors, and I’ve heard the opposite,” said the Alaska resident.