Alien base on the moon 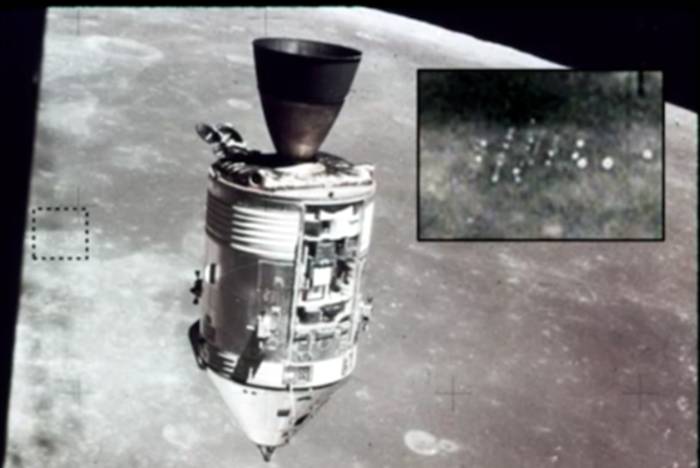 A former NASA employee Ken Johnson published a photograph showing a module of the mission “Apollo” on the lunar surface and base of aliens on its surface.

The picture was taken by astronauts during the separation of the module and classified as many other photographs taken during the program “Apollo”, which were recorded mysterious structures and UFO. These photos were later ordered destroyed, however, Johnson retained some of them.

In the photo, on the left side on the surface of the moon, visible bright spots, arranged in several straight lines, which are dome-shaped structures.