“Alien creature” penetrated into a house in Bali 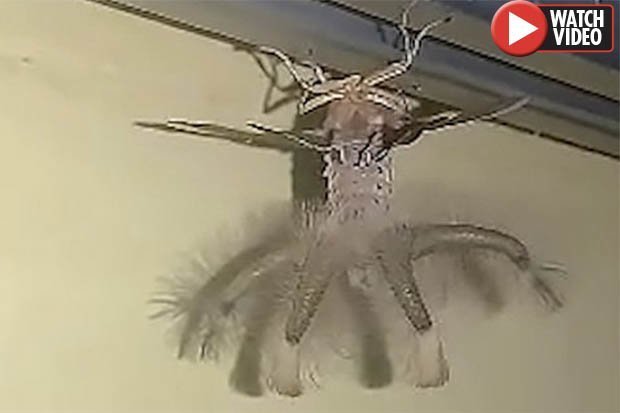 A video about a nightmarish creature was shot by homeowner Hari Toae in Bali. The bizarre body of the animal, has two wings and four tentacles of various lengths that mimic the fingers.

He moves upside down, while his legs keep him attached to the ceiling. His strange tentacles were drawn in and pulled out throughout the video.

Gary said the creature seemed to be looking for a safe place to sleep, because it was raining that night. And, oddly enough, the good landlord was in no hurry to expel him.

He said, “I will leave him in my house, but only for the night. I do not want to scare away the guests.”

Gary said he could not recognize the winged creature, but joked that it was “like an alien.” He added: “This is not something I’ve ever seen before. I don’t think it comes from this area.”