Forty years rose Lottie (nee post), a mother of four children, lived on a farm in a wooded area near the village of Cennina, in the Italian province of Arezzo (Tuscany). 1 November 1954 the woman saw two tiny creatures that have appeared from the spaceship. 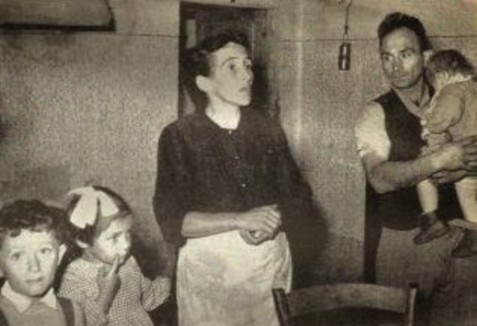 Rose Lottie with her children and her husband

It happened at 6:30, when rose went to the altar of the Madonna Wanderer with a bouquet of carnations. As soon as she came to a clearing, we saw some barrel-shaped object that immediately aroused her curiosity.

He was like a spindle, just a long, over six feet tall, and resembled two bells joined together and covered with something similar to the skin.

Suddenly on the surface of the aircraft appeared two creatures, “like men, only growth — like children”. They were human, it is friendly faces, and they were dressed in completely closed gray jumpsuits. Their equipment also included some sort of short capes or jackets that were fastened to the collar small, like the stars buttons. Their small heads were shining helmets.

Little people acted vigorously and vividly, while talking quickly in a language that rose seemed like a Chinese woman distinguish such words as “Liu”, “Lai”, “LOI” and “Lau”. Their eyes were beautiful and “full of intelligence”, and persons have the normal traits, only the upper lip, apparently, was slightly curved in the center, therefore, create the impression that they are always smiling.

Teeth, large and broad, were like polished and slightly forward. (According to village women such as Rosa, their mouths were “like rabbits”).

The one that looked older, constantly laughing and seemed to want to make contact with Rose, but she was startled when he grabbed her hand cloves and one black stocking. Surprised, timid rose reprimanded him lightly, which only was capable of, and the creature gave her back two flowers, the other wrapped in a stocking and threw the bundle in your “spindle”. 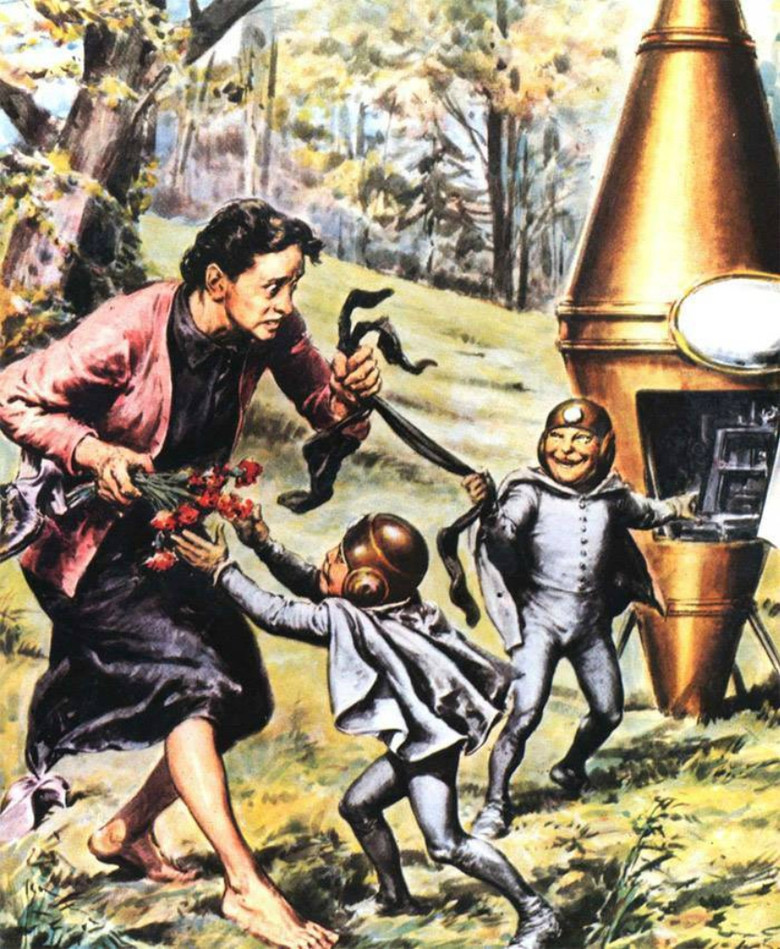 To thank the woman for the stockings and cloves, the aliens went to his capsule for any two packages. Rose seized the moment and ran away. She rushed headlong through the woods, and when I finally turned around to look at the mysterious creatures — they were gone.

Rose told the story of a village policeman, the priest, and all the neighbors that knew her as “absolutely sober, without there stupid fantasy.”

Rose felt no fear when he saw these creatures. The anxiety she had later when she was already gone. Rose began to run when the eldest of the two entities took what she thought was a camera: for some reason the woman did not want to be photographed.