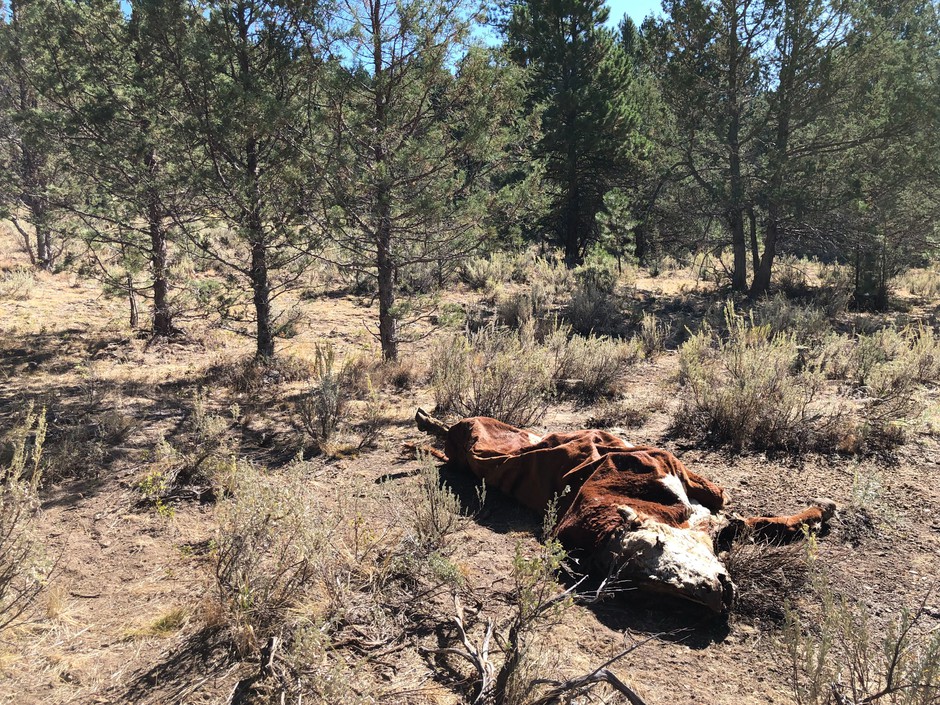 Cattle farmers and farmers are simple people and say that what unknown savages do with livestock is not the work of human hands. They simply find the carcasses of their cows and bulls, no traces, not even blood, some organs have been removed, but as perfectly clean as if they were done with a laser.

Terry Anderson says, “They’re back again … I’ve already come across this.” This happened here in 1980 … A pregnant cow grazed here in a meadow, and twenty minutes later I saw that it had disappeared. We found her later on that mountain and her udder and other organs were removed … Clean … Very clean, thin sections. The udder was cut out, but not even the blood came out.

More than 200 miles from here – outside Princeton, Oregon – Andy Davis found her cow a few kilometers from home. She was completely bloodless and her udder was removed.

– I poured water into her trough, over there at the fence. She returned to the house, and when she again went outside, she was gone. The cowboys found her far from here …

Her son, the butcher at that time, examined the dead animal. He could not understand how these cuts were made so cleanly.

Davis said that she and her husband traveled in circles around the place where they found a dead cow to try to find traces of vehicles, horse tracks, something. They didn’t find anything.

“Everything you do leaves traces, but those who did it did not leave them,” Davis said.

Silvies Valley Ranch is almost the same size as Chicago. This summer, five young purebred bulls were killed in their prime.

“These animals were found bloodless, with their tongues and genitals removed,” says Colby Marshall, the rancher.

Meeting one of the dead bulls is an eerie scene. It’s hot and quiet in the forest, except for the repeated croaking of a raven. The bull looks like a blown away plush toy. He stinks a lot. Oddly enough, there are no signs of buzzards, coyotes or other scavengers.

Marshall said these young animals had just reached their highest value as breeding bulls. Now animals worth as much as $ 7,000 each, and their collective future offspring worth hundreds of thousands of dollars, are lost forever.

In search of these long young Hereford bulls in this remote country, days of experienced ranch cowboys sometimes go away. Marshall suspects a coordinated effort.

– They were strong, young bulls … How is it even possible that someone could immobilize them, I do not understand. there are no traces.

The county sheriff says an investigation into these cases has been initiated, but not a single case has been completed for the absence of those responsible.

According to Sheriff Dan Jenkins, sometimes under dead and disfigured carcasses of a cattle, a recess in the shape of a carcass is found, as if it was thrown to the ground from a great height, and sometimes an increased radiation background from dead animals is recorded.

Whatever the reason, one thing is clear – these were not bears, wolves, cougars or poisonous plants and animals were not euthanized by injections or shot from weapons.

Basically, the genital organs, tongues, eyes are cut out in animals. The sheriff appealed to the FBI, where he was assured that they would conduct his investigation, but no one informed him of his results.