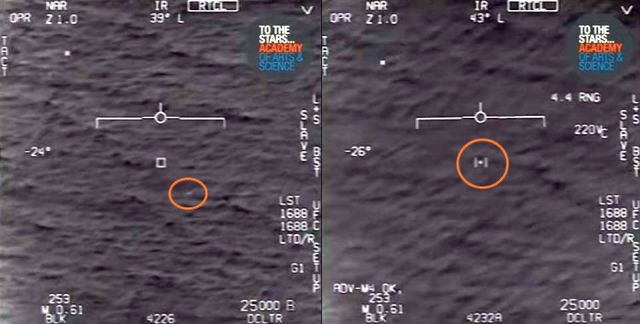 Analyst company To the Stars Academy of Arts and Science published official footage taken by a US Air Force aircraft that was monitoring an unidentified flying object.

It is noted that the video was made in 2015 by the F / A-18 Hornet fighter off the east coast of the United States.

The US military studied the data, but the origin of the flying object was never established.

On the shots you can see that over the sea surface at a tremendous speed moves a certain device, which the pilots can not take in sight, which is very shocking.

This is not the first “meeting” of US military air forces with UFOs. So the former F / A-18 Super Hornet pilot David Frevor said that he was allegedly ordered to intercept a certain flying machine during a training flight off the coast of San Diego in the Pacific Ocean in 2004.

Earlier it was reported that the Pentagon had spent about $ 22 million on the UFO research program launched in 2007.