An airplane passenger filmed a UFO during a thunderstorm 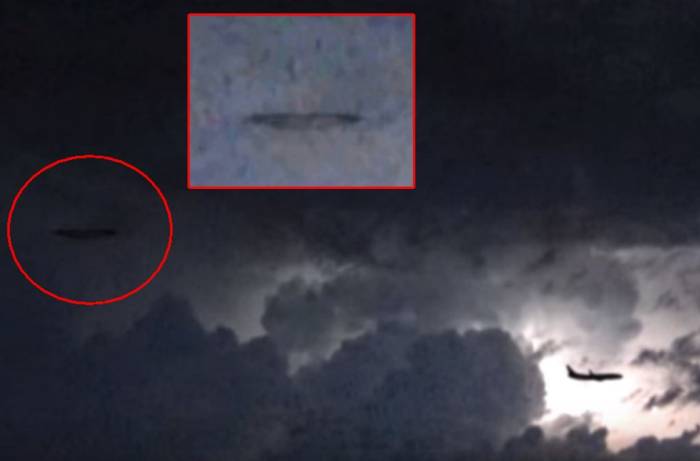 During a thunderstorm, raging in the sky over Italy on the night of 8 July 2016, a passenger plane took video of a UFO. Shots were taken during the flight of the aircraft at high altitude.

During lightning flashes is clearly visible moving on a parallel course airliner and left in the clouds, hanging motionless object in the form of a flying saucer.

As you know, across the globe in areas of strong storm fronts always appear UFO. Many researchers believe that alien ships or drones are fed by the energy of powerful electric discharges occurring in the collision of the clouds.

“Always notice the UFO in the clouds during the lightning flashes, – commented on the video by the famous UFO researcher Scott C. Waring. – It happens everywhere. It is here in Taiwan for the past 10 years, twice saw a UFO during the strongest storms.

“So, if somewhere in the thunder storm, there is a probability that there might be a UFO or move to it. Great video,” – said the ufologist.