Anomalies of the Medviditsa ridge Russia 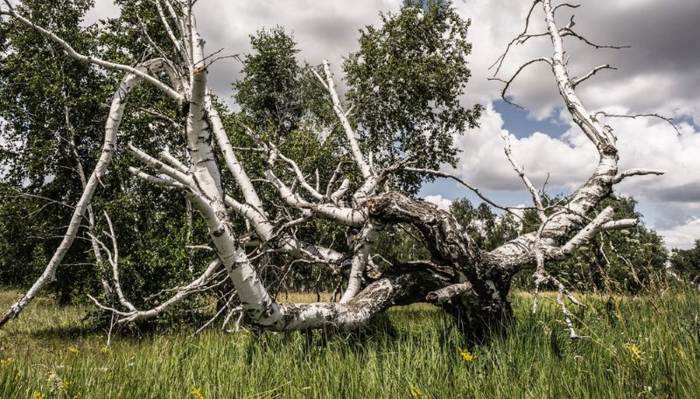 One of the most anomalous zones of Russia, is in the Volgograd region – Medveditskaya ridge. Scientists expressed their opinion about what is happening in the Zhirnovsky district.

One of the main versions, which has a scientific justification – it’s deposits of iron, which attracts ball lightning.

“A large concentration of iron is concentrated here, and iron is the best conductor of electricity.” Plus mountains and earth faults, so there are such atmospheric phenomena, – the engineer-physicist Alexey Zolotarev considers.

However, there is another version of unexplained anomalies. After all, the Medveditskaya ridge is not only known for ball lightning. There is evidence of eyewitnesses who say that they saw how the fireballs burn trees. Therefore, on the Medveditsa range there are charred birches, without a single leaflet. In addition, the trees have a strange shape: they are drawn to the ground, and not to the sky.

Known Medveditskaya ridge and terrible deaths. In 1990, a shepherd allegedly died there. The man flashed up like a match on a flat spot, and burnt to the ground in a matter of minutes. And in August 1993, the amateur-ufologist from Krasnodar Territory disappeared here. He went on scouting, and when they rushed to look for him, then on the spot where they saw the man for the last time, they found a giant funnel. There are no traces of the ufologist until now. @bloknot_volgograd_chp

– A fireball flies into the ground, and at this place there is nothing but nature. Why? We can assume that this is a kind of portal through which objects pass and leave, – says the director of the research center “ENIO” Victor Rogozhin.

In favor of the existence of the portal, underground tunnels are spoken, which have not yet been studied.

Many experts do not believe that these tunnels are natural objects: they are of the correct geometric shape, therefore, most likely, they are man-made.

These caves were examined using the acoustic sounding method. Conclusions are amazing: the tunnels lead into the depths of the earth and expand. What is inside is a mystery.