Anomalies of the Sakhalin “Frog” 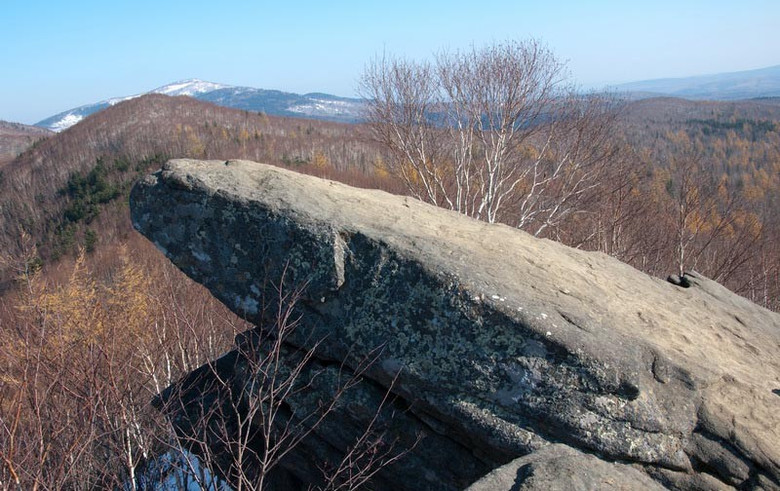 The natural frog “Frog” is one of the most mysterious and revered places on Sakhalin. Its mysteriousness attracts not only local residents, but also guests of the island.

Researchers for many years can not unravel the phenomenal things that are happening in this area. Psychics believe that there are open space-time portals, through which it is easy to get into the parallel world.

The mockery of uneducated

Due to its outlines, the mountain actually resembles a sitting frog, preparing to jump. According to ufologists, this is a complex of rocks, built like one after another like the planets of the solar system. Having come here, we can make a tour of the universe and gain space forces.

The famous “Frog” is located near the village of Vostochka, its entire territory has long been considered an abnormal zone. Geologists and a group of psychics of the Sakhalin Ufological Center conducted their first research here in the late eighties, and in 1992 they did encounter an alien visitor altogether. For all the time of research psychics have discovered 34 space-time portals in the area of ​​”Frog”.

Vladimir Voronin, a longtime resident of the village, worked for many years as a leading engineer of the antenna-mast service of the Sakhalin Regional Radio and Television Broadcasting Center, and spent the same amount on studying the anomalous area. It was he who told us the legends associated with the rock, even led along secret paths.

By the way, Vladimir Vasilyevich is one of the main custodians of the “Frog”, he keeps an eye on the cleanliness and order of the natural monument.

Our three-hour walk in the forest abnormal zone began with a memory of those years when ufologists first began to study this place.

– How many ridicule had to be heard from the unenlightened, – Vladimir Vasilievich remembers. “But our curiosity was stronger.” Here they once met together, “he interjected, pointing at the old wooden house. – Analyzed the information obtained during the inspection of the territory. Invited psychics to help clarify what’s what.

Many residents of News do not consider the place mystical, perceiving it as nothing more than a beautiful mountain range, to which leads a smooth, as yet snow-covered road. Walking along it, you discover amazing views, and fresh air and enchanted forest dissolve you in yourself. 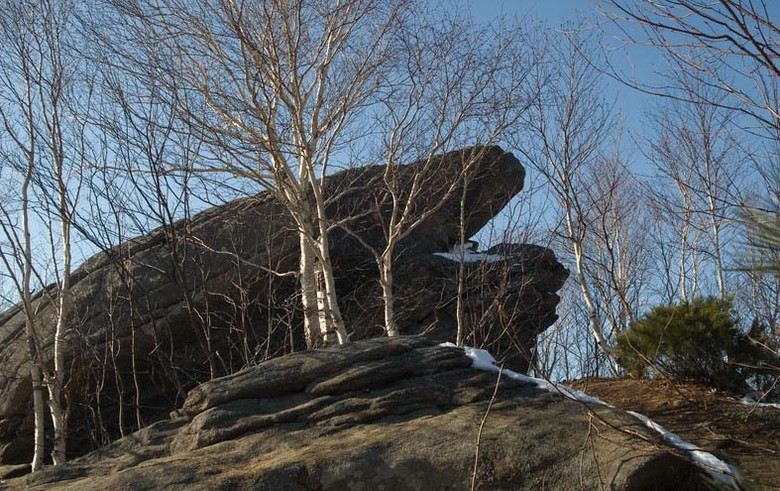 Talking about the eternal, the origin of the universe, that she was not alone, came to the foot of the mountain. The conversation gradually moved to the local places, but as soon as they entered the anomalous zone, the recorder, which was supposed to record the conversation, refused to work.

The technology just hung, the phonil, noisy and did not react to any manipulation. I was shocked by what was happening, it could hardly be attributed to a mere coincidence. While trying to bring the device “into consciousness”, my interlocutor, smiling, said:

– No wonder, this phenomenon in our region is considered the norm. It is possible to continue and so. I will show you the strongest places in the region, they are able to fill a person with different kinds of flows. By the way, here is one of them – this is the place of terrestrial energy.

I stood on the indicated point, closed my eyes – and listened to myself.

– You should feel a slight tingling in your hands, feel? Vladimir asked me.

Tingling, to be honest, there was no, but clearly something was happening inside. “Maybe self-hypnosis,” I thought, and began to listen further. Gradually there was a feeling, as if you were standing in the elevator in the first seconds of his raising. In another way, I could not explain these feelings, but they certainly were. 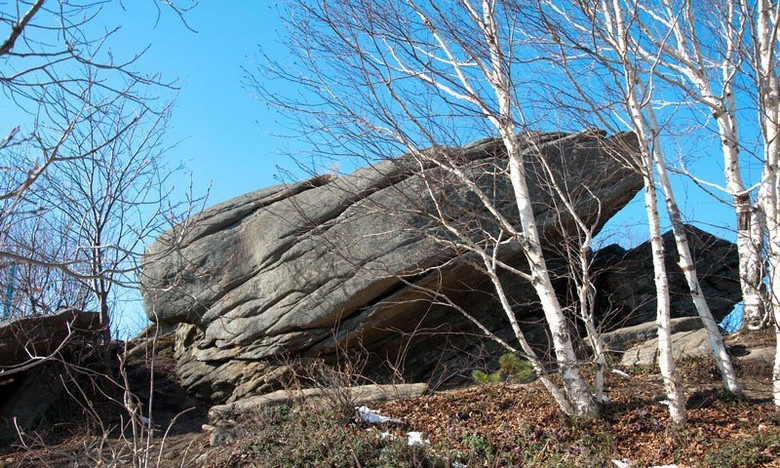 The next point was the place where the heavenly energy opens. A direct stream comes to you from the Cosmos, feeding every cell of the body. I do not know what happens to him at this time, but the state of health and, indeed, it got better. At least, I had enough of this energy to not freeze for three hours in a snowy forest, just so much have studied the abnormal terrain.

Passing along the path, we stop at a living source, from which, according to the belief, we need to drink water and make a wish. Breading the icy water and asking for all the good, go on.

My interlocutor described in detail the versions about the change of human civilizations, about the new Universe and the perfect consciousness, which our descendants will soon be endowed with. I was waiting for interesting facts about what I could see and learn to the ufologists, are there really points of intersection of times?

Gradually went out to the sunny meadow, by the way, along the entire path are signs with the description of the object. There is even a route plan on the glade, so it’s very easy to navigate in the forest here.

“It was here, investigating the terrain in 1992, discovered the space-time portals, when studying them, they collided with an alien – Vladimir Voronin made me stupor by such a statement. – It happened on July 26, I still remember this date. He looked like a luminous clot of energy. But we were ready for this meeting. In general, on our planet there are many forms of life – energy, plasma, mineral.

The biggest are stones, they have a good memory, and psychics easily read information from them. As for our newcomer, he even talked to us. It was like reading thoughts. If you translate all those vibrations into human language, then he reported that his name is Yu.

According to the ufologist, the appearance here of extraterrestrial essences most often occurs unintentionally. They accidentally land on Earth, because there are as many as four temporary portals. At the foot of the “Frog” psychics often see other cities and spaces, see what happens in parallel worlds. 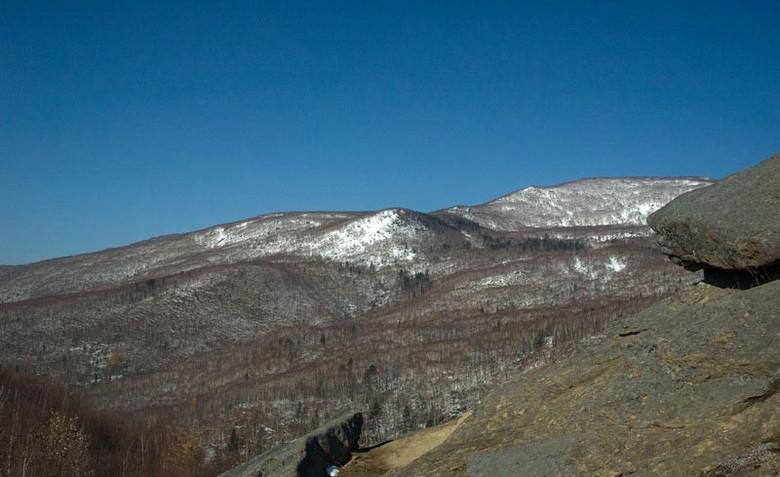 – The river is named so in honor of the spirit of the river, a girl from the Ainu tribe. It is a kind of energy center of the anomalous zone. Water is considered curative, although very cold even in summer. Nevertheless, before going up to the “Frog” it is customary to plunge into the river or at least wash your face.

Local residents have long known about the medicinal properties of the Commissioning, to which there are also scientific confirmations. As geologists have found out, in the region of Vostochka in the earth’s crust there is a deep tectonic fault, in the field of which a sharp jump in magnetic deviation is recorded. This explains the healing properties of water – it is highly polarized in a magnetic field.

The tops of the Susunai Range, surrounding the Komissarovka valley, are composed of crystalline rocks – quartzites, and the “Frog” – from densely cemented sandstones, a difference of energies appears that, together with the fault, and led to spatiotemporal displacements-anomalies.

We go to the Lunar Glade, where I managed to touch the legendary “Stone of Desires”. Many come here specially to make a secret request. They say that the dissatisfied with his work have not yet happened.

We stopped at the wooden bridge, after crossing which you can get on the rock. Of course, they did not climb the snow-covered path, but they talked about it.

According to the ufologist, “Frog” even among the ancient inhabitants of Sakhalin, the Ainu, was a temple of wisdom and a place for conducting rituals. There is a belief that the spirit of the mother of all the Ainu dwells here. It is believed that the mountain was once the bottom of the ancient sea, in order to prove that until now you can find hardened seashells.

– Before climbing to the remnant, it is necessary to lose negative energy. Pray to the spirits of the mountain, ask them to let themselves into their possessions, only after that start the ascent. On the mountain it is advised to behave quietly and respectfully, otherwise spirits will be punished.

You can lie on a stone, meditate and ask for health and well-being. At the top of the rock there is an amazing depression that resembles the silhouette of a man. Legend has it that the shaman from the tribe “Ushty” fell asleep in this place in a state of meditation and thus opposed evil spirits. 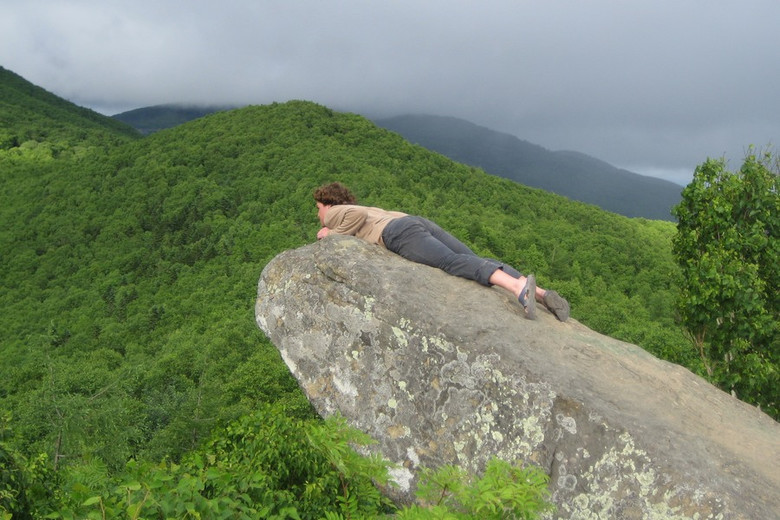 If you go down along the ecotope, you can walk to the Fey Glade and waterfalls. Each of these places has its own legends and unique properties. Sakhalin tourists and ecologists are engaged in research of the remains.

In the early 2000s a series of articles appeared in print media, where it was told about inexplicable phenomena connected with the abnormal “Frog”. We managed to find out only about some, which is confirmed only by the views of psychics.

May 19, 1983, the official name – a monument of nature of regional importance “Structural-denudation” Frog “remains. Since 1995 it has been declared a specially protected natural area. It consists of a group of rocks – the three highest and massive form the core of the complex.

The maximum height of these rocks is 8, 7 and 6 meters. The area of ​​the remains, making 12 hectares, has the form of a circle with a radius of 200 meters. Location: spurs of Susunai ridge, watershed of Komissarovka and Odessitska rivers, at a distance of 20 kilometers to the northeast of Yuzhno-Sakhalinsk.