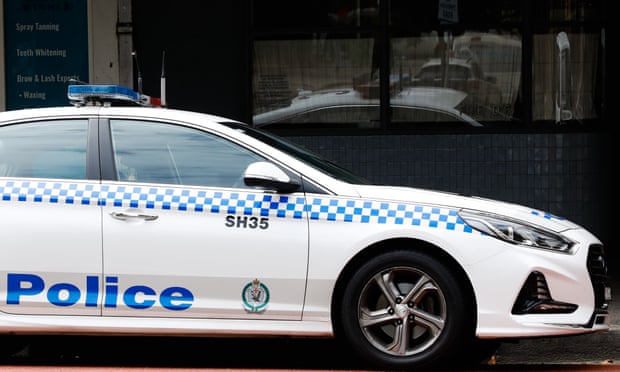 Emergency responders are getting numerous calls about a loud explosion heard from the Roselands to Marrickville, but can’t identify the source of the noise

Experts are baffled by reports of an explosion that was heard in southwest Sydney, with no source or indication of where it came from.

Authorities received numerous reports from residents that they heard an “explosion” Saturday night, but found no evidence of an explosion.

The NSW Fire and Rescue Service and NSW police responded to the calls, but said they found nothing, not even a fire, to indicate an explosion.

The incident is surrounded by mystery as the sound was heard in Marrickville, Roseland’s, Bardwell Park, Campsy and Belmore.

Residents reported that windows were shaking and the sound was like an explosion, but without any visual indication.

Since there was no sign of an explosion or any damage, and no identifiable source, residents were left to wonder if the sound was a precursor, of some devastating cataclysm.

Police said there was no investigation into the incident, and that they had received numerous calls about an apparent explosion but did not know the source.

“Numerous calls were made to emergency services, but the source of the noise could not be determined.”

RFS also confirmed that it did not locate the source of the sound, stating that it could not have been electrical, as there was no power outage or the effects of the sound.

Sydney Airport also confirmed that there were no incidents Saturday night, ruling out the possibility that it was a jet or a runway incident.

Brad Cooker, an astrophysicist at ANU, said there is nothing from space to explain the noise.

“If something like a meteorite falls from the sky, you can usually see a very bright blue or green flash,” he said.

“It just seems odd that no one saw anything.”

The Defense Department did not respond to a request for comment on the incident.

“Yeah, we’re still trying to figure out what it was. It looked like an explosion … We live in Bexley,” Tina Tidroy wrote.

“Yes, I heard it from Bexley North. The sound didn’t sound like fireworks, it sounded like a real explosion,” Tamires Alessandri said.

“It’s a mystery,” Rowena Phillips wrote, “My parents heard 2 impacts and the house shook on the second impact. They live in Clemton Park near Kingsgrove North HS, so it must have been in the Kingsgrove area. Some here in Canterbury heard it too.”