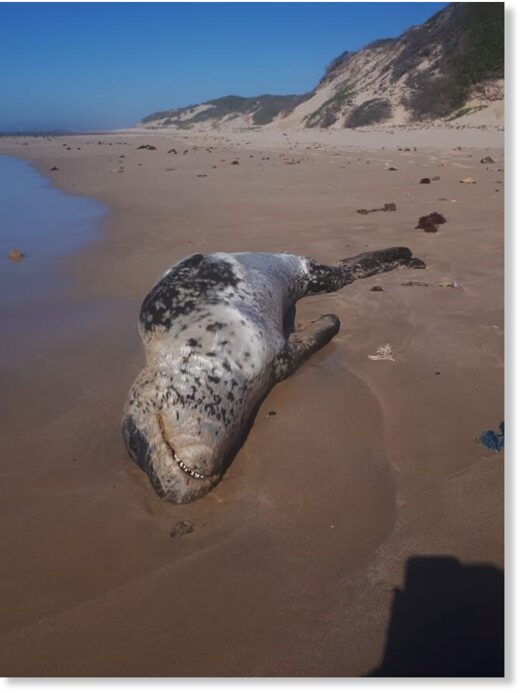 The carcass of a leopard seal was discovered on the shores of Cape Recife Beach. According to Bayworld curator Marina Greg Hofmeira, the find was very strange in these places.

Hofmeir said leopard seals are commonly found in pack ice around Antarctica, which is about 4,000 km away.

Hofmeir said: “We really don’t know what would have led a leopard seal so far. We suspect that the animal could have probably died from his death. He was very thin and probably could not find the food he was used to .

Leopard seals feed mainly on Antarctic krill, as well as penguins, fish and other seals. The carcass had small cuts on its back and a possible bite mark.

We performed an autopsy and collected many samples. We could not find the obvious cause of the death of the seal. He had several superficial bites and wounds, but nothing that could kill him. “