Anxiety rumble from the bowels of the Earth 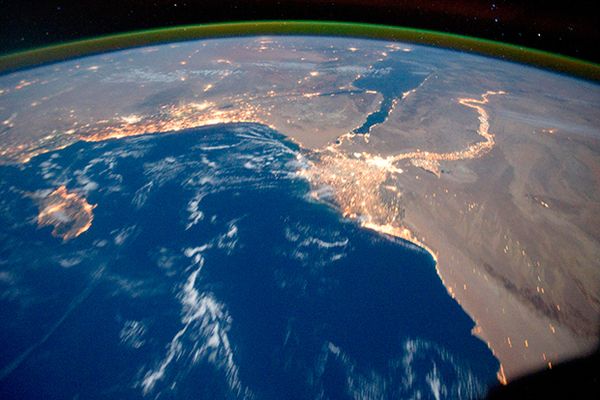 Many natural phenomena that occur on our planet still remain unexplored mysteries.

A man, only 60 years ago, sank to the bottom of the Mariana Trench, having discovered there previously unknown species of fish and other deep-water animals. In this article we will tell about another mystery of the Blue Planet.

In 2016, people around the world began to hear strange sounds, like an unintelligible hum, noise and rumbling. Curiously, the sounds came from somewhere in the depths of our planet. Those who heard these strange sounds say that they caused them great discomfort and panic, and some of them who are especially sensitive even fell into deep depression, ending their lives in suicide.

The rumble of the Earth is a scientifically proven and documented event, but its causes are still unknown. But scientists have an explanation for why some people felt ill at ease because of this noise. The thing is that this is a very low frequency sound that can affect the work of the brain and the organism as a whole, an irrational feeling of anxiety and fear.

It is worth mentioning that this is not the first time, such events have already been documented in the 70s and 90s, but in scale the last rumble is the greatest. Specialists have created a map on which they marked those parts of the planet where people heard the underground rumbling. It turned out that this happened almost across the globe, with the exception of the Northeast part of Eurasia. The noise was almost absent in Russia, China, Mongolia and Kazakhstan.

Today, scientists have identified several possible causes of this anomaly. Firstly, it can be the standard activity of magma and the nucleus, which weakens with time, then increases. The Earth is a rather young planet with a hot core, which produces enormous amounts of energy, and its tectonic plates are constantly in motion.

The second explanation is the release of energy to the sun. The fact is that something constantly happens on the Sun too, and if you don’t go into details, then we can say that solar activity has increased slightly in recent years. These are normal drops of activity and radiation, which, entering our atmosphere, create sound waves. These waves and explains the strange noise.

Another hypothesis suggests that the hum is due to the beginning of the inversion of the magnetic poles of our planet. This happens once every several hundred thousand years and means that the south and north magnetic poles of the planet change places.

Far from science, people say that underground noise foreshadows the onset of the apocalypse, because in many religious teachings the end of the world was accompanied by peals of thunder and crash. And lovers of conspiracy theories say that all this is a trick of the American installation HAARP, which changes the climate on our planet and leads to irreversible consequences.