Armavir has found a strange stone with inscriptions 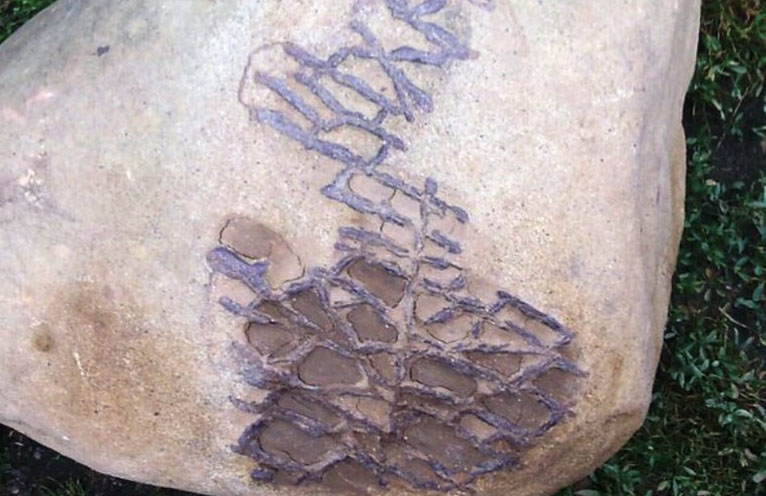 A resident of the Russian city of Krasnodar Alexander Sleeveless, last summer, relaxing in nature and found on the banks of the river a mysterious stone with strange inscriptions.

I’ve never come across anything like it. Stone and stone. But below it was the inscription? It occurred to me that it’s not just text, and some mysterious writing. Very similar to iron inclusions, but the magnet is not magnetic. Lines are all double, as if cut. Maybe it’s an unknown script or a message of ancient civilizations, – says Alexander. 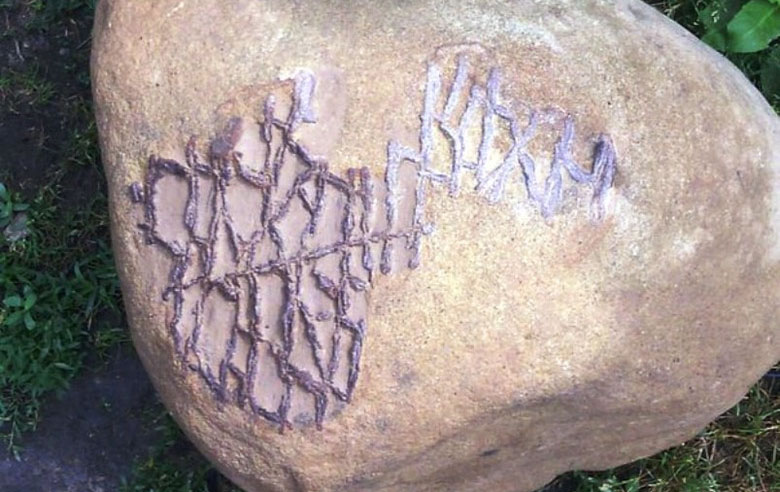 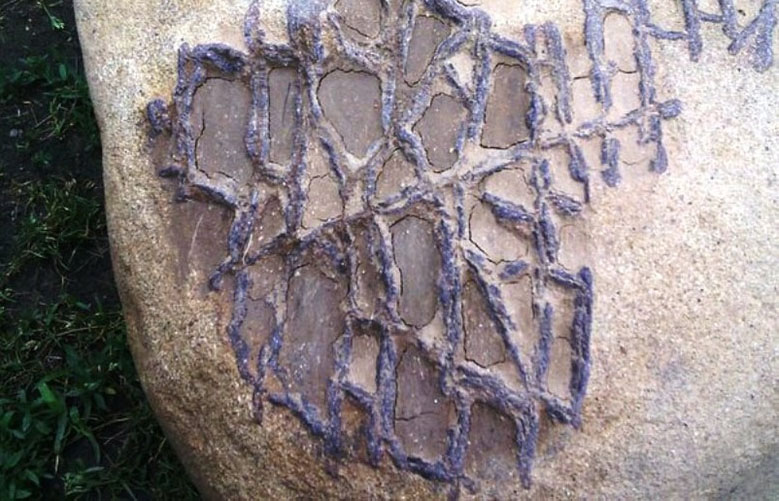 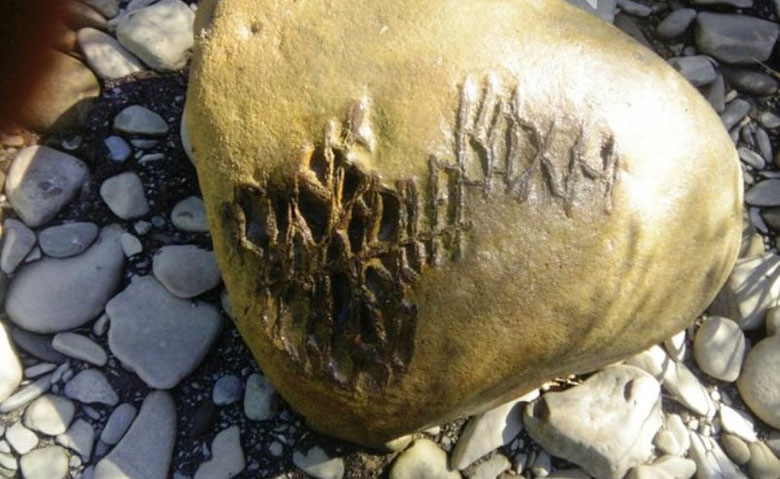 We were asked to comment on a strange discovery, a well-known ufologist Arcadia Svetlova:

Of course I would like to believe that this mysterious message from the past, but in this case there is a simple geological explanation. This so-called siderite-limantova pseudomorph with a small addition of late quartz along fractures primary fracture filling in the host rocks. In the process of sedimentation and subsequent compaction and lithification occur various processes. In order to see this, it suffices to split a piece of stone to cut this inscription. Find in any case a very rare and interesting, but it is not the message of ancient civilizations.