At the bottom of the Atlantic found a mysterious anomaly 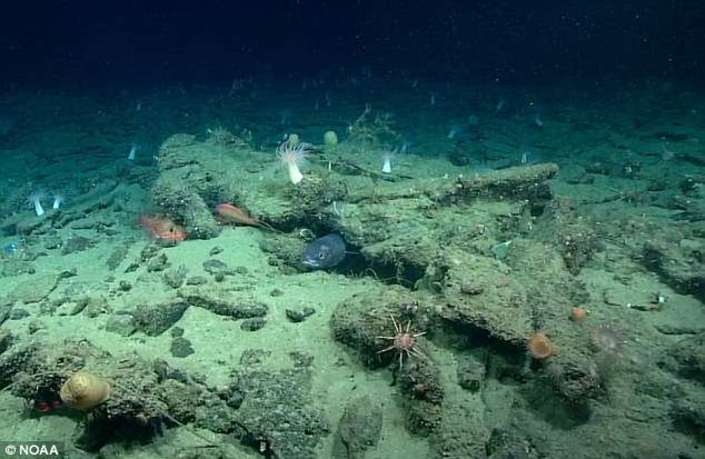 A mysterious “sonar anomaly” was discovered off the coast of North Carolina. Researchers believe that it has a natural or archaeological origin. Hunters for aliens are sure that this is an underwater base of aliens.

The anomaly was discovered by the expedition of the National Oceanic and Atmospheric Administration of the USA (NOAA) during the seabed survey. The agency spent several days on her research and clarification of nature. Several versions were considered, explaining its origin: “shipwreck, archaeological object, geological formation or otherwise.”

To find out the details from the side of the research vessel Okeanos Explorer, a remotely controlled underwater vehicle went to the seabed. In addition to studying an incomprehensible object, the underwater drone documented many species of fish, as well as other fauna.

While scientists are inclined to the version of the geological origin of an incomprehensible object, located on the seabed. However, this does not add clarity. As reported by NOAA, “anomalies are likely to be a geological formation with biological communities and other debris.”

However, the details of the studies are not yet known. Coordinates of the anomaly are also kept secret.

The conspiracy theorists have already hypothesized that the anomaly is the base of aliens that have settled in the ocean depths.

In their view, this is confirmed by the declassified details of the Pentagon’s UFO interception attempt and other materials of the “Advanced Aviation Threats Identification Program” (AATIP).

The documents describe unidentified objects moving at great speed and ignoring the laws of physics. As follows from a recently published report on UFO incidents, at least one object could have escaped from American fighters underwater.

Experts and UFO researchers, analyzing the movement of the object, said that no aircraft is able to perform such unstable maneuvers in the air.

Alien hunters do not bother that the object was discovered near San Diego in the southwest of the United States in the waters of the Pacific Ocean. A sonar anomaly is found in the Atlantic on the coast of North Carolina, one of the so-called South Atlantic states.

The area along the coast of North Carolina is often referred to as the cemetery of the lost ships. During the Second World War, many ships sank in this area, and some experts believe that the remnants of shipwrecks may well be the cause of anomalies.