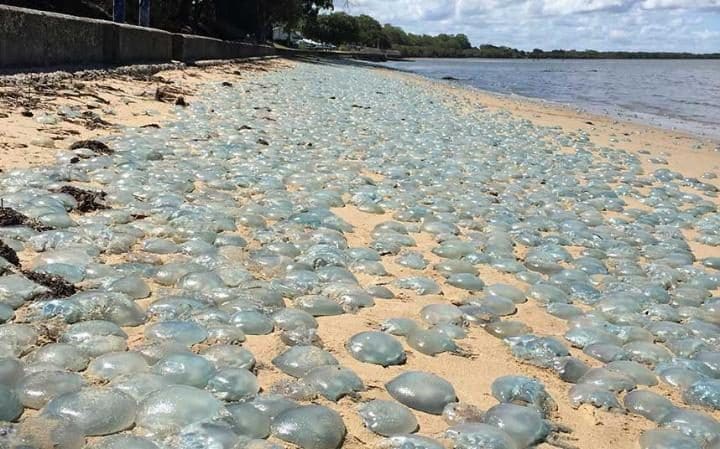 The waves washed up on the Australian coast thousands of blue jellyfish. Biologists say that never seen anything like it in 25 years.

The beach Brisbane (Queensland, Australia) morning tide brought thousands of blue jellyfish Catostylus mosaicus. Marine biologist and expert on jellyfish Lisa-Ann Gershwin (Lisa-Ann Gershwin) told ABC that in 25 years of observation have never seen so many jellyfish on the shore.

Jellyfish do not control the direction of its movement: usually they carry over the wind. So sometimes, when large groups of these coelenterates are near the shore and the wind blows them towards the land, the animals find themselves on the shore, where dry quickly without leaving residue.

Below on the shore was immediately a lot of jellyfish, the biologists had to develop special conditions: the abundance of food in coastal waters attracted the jellyfish, and the combination of currents, seasonal North winds and high tide has led to the fact that their body wash was on the sand.

Scientists say that the beach is dotted with slow-roasting jellyfish Catostylus mosaicus absolutely safe: this type is almost non-toxic, unlike many other jellyfish, contact with which can end badly for humans.