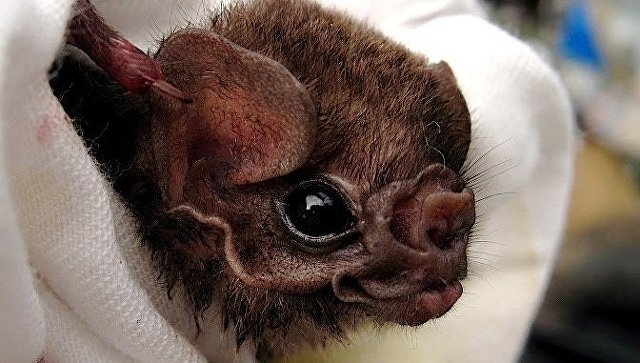 South American bats-vampires who used to drink the blood of birds began to attack people and drink their blood. Before this was not observed and zoologists believed that these animals to attacks on people are unprepared.

We were very surprised. This species of bat is not adapted to feeding on the blood of mammals. Something happens and they have to prisposobitsya to changes in their environment. They seek and find new food resources, says Enrico Bernard, of the University of Pernambuco in Recife, Brazil.

The discovery was made after scientists decided to test mass local residents about the vampire attacks. the bulk of the scary stories that was spread by people living in the national Park of Catimbau in the North-East of the country.

In this area lives a large species of bats-vampires – legged vampires, the weight of which amounts to 33 grams and their length is approximately 8 inches. Upland vampires only feed on blood of birds, not afraid of people and even allow them to take himself in hand.

Scientists have conducted studies of the excrement of bats, taking DNA samples to find out whose blood they drank. It turned out that the rumors about the vampire attacks, turned out to be true – the mouse really started to drink the blood of people.

According to scientists, to this strange behaviour, mice is pushing the populations of birds in the national Park and they are forced to find a new source of food. And they found it – people. Now in this area there was not only an environmental but also a health issue, as vampires are spreading dangerous diseases like dengue or Ebola.

While scientists do not know how to rectify the situation and recommended to local residents not to sleep in hammocks on the street and close the window grid.

I remember there was an old South American tale that went like this, and I am reciting it from memory: