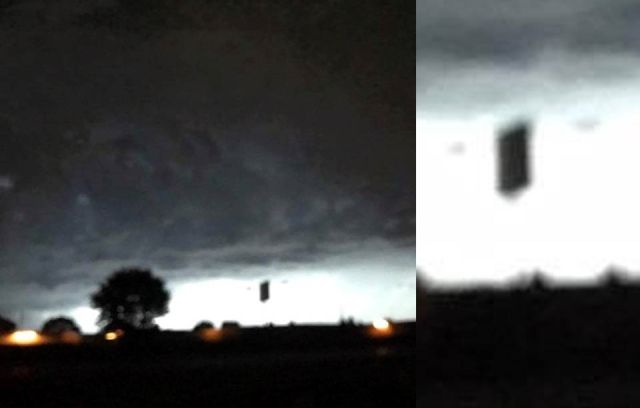 The eyewitness reported that he was observing a black square UFO hanging in the sky over Wisconsin, USA. 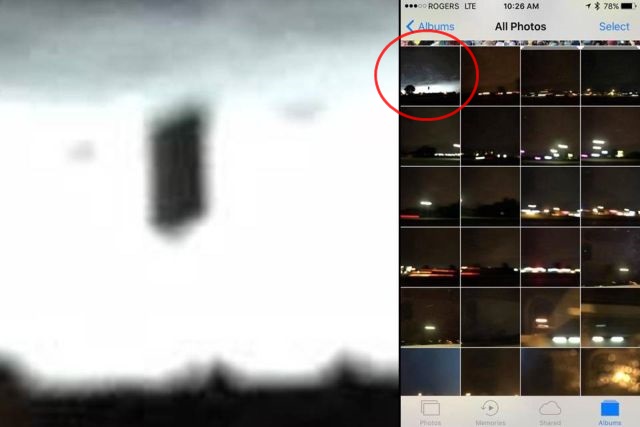 An eyewitness says that he was driving his car to the airport, that would fly home to Canada, when he suddenly saw in the nebeneuchto unusual. Bright flashes of light flashed in the gleam of the clouds. He stopped the car and took a series of pictures of what was happening, and when he began to look at the pictures he had taken, he discovered that they had a UFO on them.