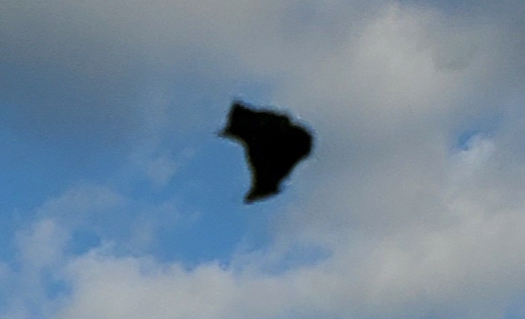 A black ship flew over the car when it was standing at a traffic light. An eyewitness took two photographs of clouds and on one of them caught a dark UFO.

The UFO must have moved very fast, because with his eyes he did not notice it. But many UFO researchers believe that UFOs are all around us on this planet, but they fly so fast that the human eye cannot see them, but the camera lens can. 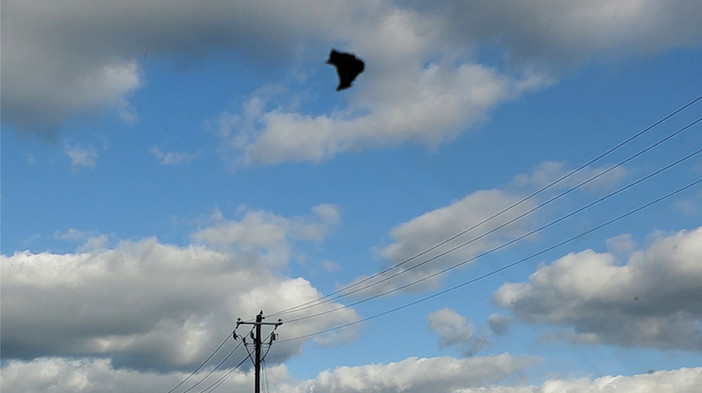 An eyewitness writes: “I took 2 photos of the clouds with an interval of a few seconds. The clouds looked strange. The first UFO picture is clearly visible. The second photo taken immediately after that does not show it. The time noted at 5: 41pm in both photos. He looks like a black Millennium Falcon. This is definitely not something on the windshield or camera lens. That would be in both pictures, but he’s only on one! “