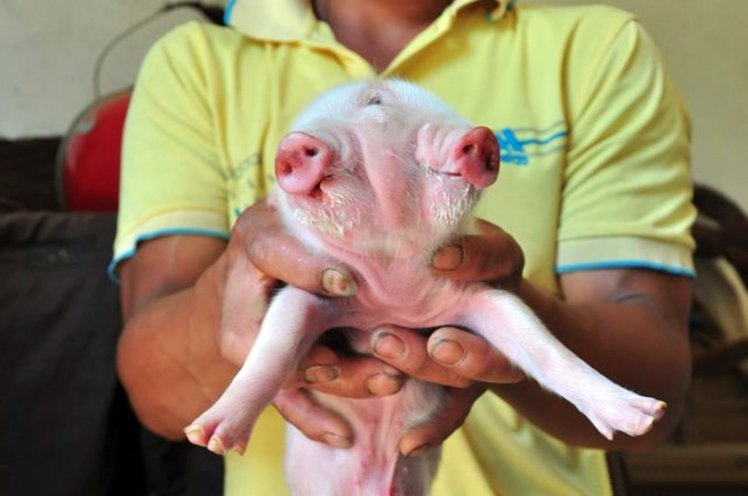 A farmer from China’s Sichuan province, is raising two-headed Piglet. Unlike most animals that are born with this defect, the pet of a resident of the PRC feels great. The man is waiting when the baby will be “big healthy pig”.

According to the Chinese, he offered a two-headed Piglet $ 400, but he refused. During the three years that the Chinese engaged in pig production, this is the first time the birth of such an amazing animal. 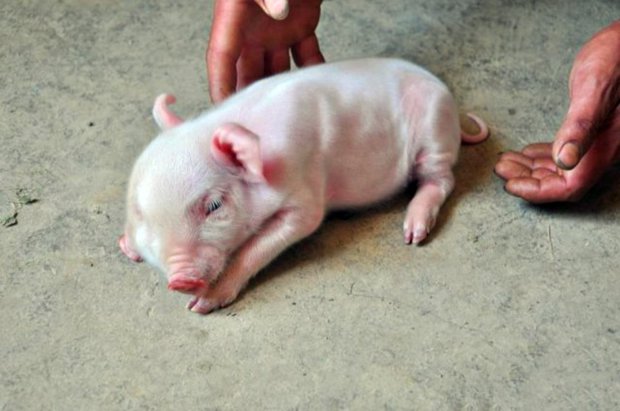 The farmer keeps a pig apart from its kin and treats him like with a human baby. The baby has two heads, two mouths, but only three eyes. However, the pet looks healthy and vigorous. 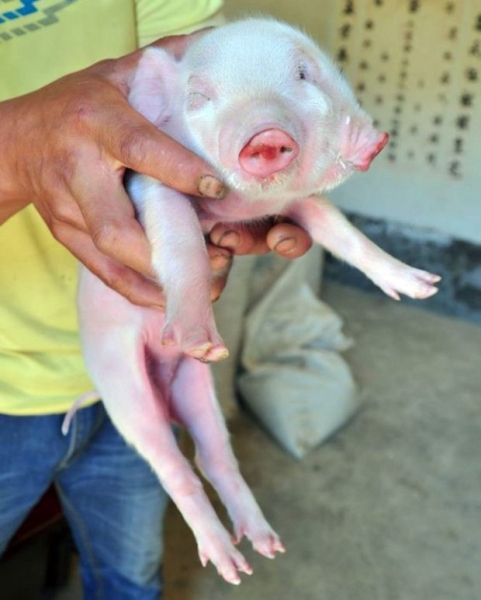 The pig has become a local landmark. Look at it attracts people from the neighboring villages.