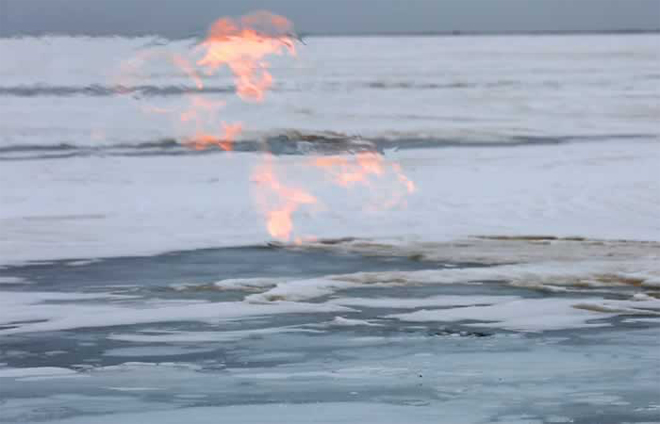 Baikal is really unique. Only on the ice of this lake you can go fishing in the winter and light a bonfire on the ice. Previously, inexplicable flashes of fire frightened the inhabitants of the surrounding villages, but scientists argue that the blame for all the accumulation of combustible substances under the water column

In summer, flammable gases appear only by accumulation of bubbles on the water. In winter, they are a most dangerous phenomenon: they form frozen in the ice, undermine it and make a journey through the frozen lake very dangerous.

But this phenomenon still looks like a real miracle. Fishermen often get out to the very middle of the lake to surprise visitors – a frozen lake, which flashes of flame was not seen by everyone.