Canadian resident is allergic to cold 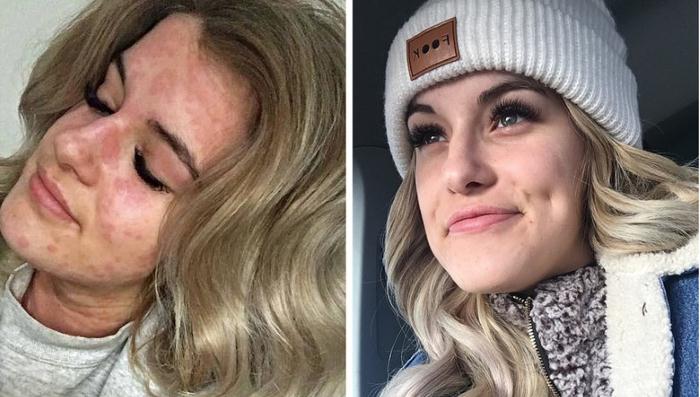 A resident of the Canadian city of Edmonton, Alberta, spoke about how she lives with allergies to the cold. Her story was shared by the Daily Mail. Arianna Kent (Arianna Kent) suffers from cold allergies – if she overcools, then a rash-like urticaria appears on her body, and the girl also begins to choke. In the worst case, she suffers from anaphylactic shock. 21-year-old Kent admits that she can go to the hospital up to three times a month. Due to the rarity of the disease, not even all doctors believe in her diagnosis.

“People often tell me: if you are always cold, it does not mean that you are allergic to cold,” said the Canadian. The boss at the restaurant at first forbade her to work in a cardigan, but when he saw how in a matter of minutes she was covered with a rash due to the blow of an air conditioner, he lifted the ban. For the first time the disease manifested itself in her at the age of 14, when she cleaned snow with a shovel. At first, Kent thought that an allergy was caused by some kind of food, and only two years later I understood the real reason. In cold weather, the Canadian can spend on the street no more than five minutes, until the allergy begins. At the same time she wears multi-layered clothes and tries to cover all skin patches.


However, even in summer the girl may have an allergic reaction if she drinks a cold drink, turns out to be under the conditioner or dives into the pool. “I can avoid swimming pools and drinks with ice, but you never know when it will rain or become cold,” she admits. Recently, Kent was able to reduce the hospitalization rate to once a month, refusing products containing histamine, such as cheese, yogurt, pickles, pineapples and sausages. According to the American national organization of rare diseases, cold urticaria makes up from one to three percent of all cases of urticaria.