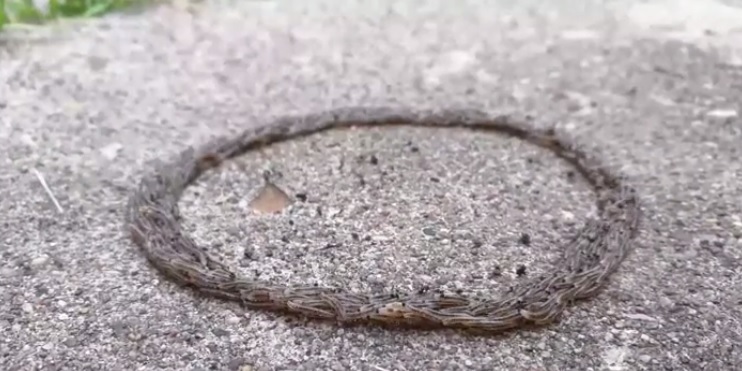 In 1896 the American anthropologist Theodore Snarl first described a strange natural phenomenon in which a group of caterpillars is moving in circles to the point of exhaustion, until their death. It all starts from a small group of caterpillars which as the movement involved more and more participants in the deadly carousel.

Many researchers came to the conclusion that “rosenzeit” is associated with a pheromone trail that tracks oriented in a time when produce their own food. But sometimes may crash and the caterpillars begin a death March through a cyclical circle, involving other relatives. This carousel looks very scary!