Cause of Fires in the USA – Directed Energy Weapons 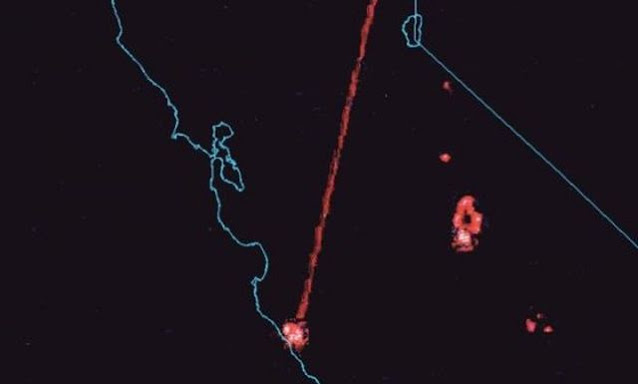 Now fires break out unexpectedly all over the world and not only in the United States, Russia, including other countries, are also on fire, fighting sudden wildfires. Officially, the reasons for their occurrence are usually attributed to “dry thunderstorms”, but is this really so?

The impact of directed energy weapons was recorded in California and Oregon by the Live Stream Radar satellite.

On September 8, 2020, satellite data clearly shows a mysterious beam from space (from orbit?), Which ignites wildfires in California and moves in the direction of Oregon, and wildfires occur along the way.

A day later, September 9, another ray was discovered in another place, which comes from space and in the place of its impact, a powerful center of wildfires in Oregon arises.

Interestingly, those who control this satellite are aware of the fact that this energy beam is being used. They decided to try to censor and hide the beam by placing a black bar over the beam in hopes of making it “disappear”, but the censors chose the wrong shade of black. They chose pure black, but the real-time satellite image is more gray-black, and now you can see a black censorship bar above the beam, but the beam itself remains visible if you increase the contrast and adjust the color balance. 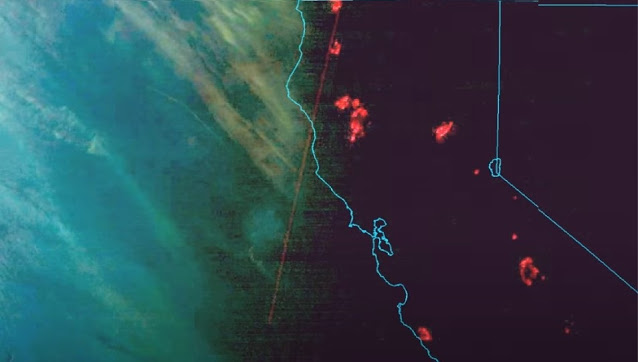 Instead of hiding it as they hoped, the beam now stands out even more. This is the worst thing that could be done. They were just caught changing data.

Another way to look at this is if it’s just a bug or glitch, then why try to hide it rather than just publicly say it’s some kind of glitch?

When someone tries to obscure the beam … it is an even bigger indication that someone is using a directed energy weapon.

The most interesting question is who is using it?