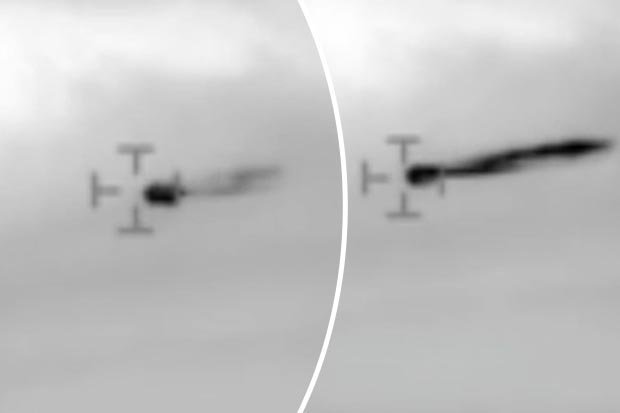 Incredible frames show an object of black color, flying across the sky and spraying, some unknown substance into the atmosphere. Authorities have studied this video very carefully, but after two years from the moment of shooting they declare that they have no idea what it is and for this reason it was decided to publish this video, so that everyone could look at it and put forward their assumptions about what is happening.

This incident occurred two years ago and this UFO spraying unknown substances into the atmosphere of our planet was noticed by the Chilean Air Force helicopter from which it was filmed this ten-minute video, which was immediately classified and sent for study to scientists and military specialists, as well as to the Chilean Committee for the study of UFO (CEFAA).

After two years spent studying the record made by the pilots of a military helicopter, one of the experts could not explain the belonging of a strange flying object. 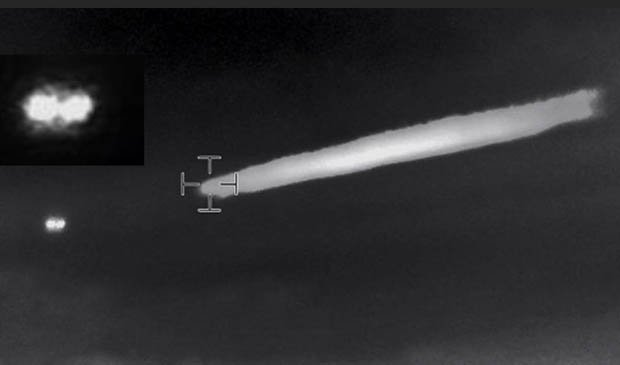 The helicopter of the Chilean Air Force withdrew these shots on November 11, 2014. General Ricardo Bermudez, director of CEFAA, said: “We do not know what it was.”

A military pilot, captain of the Chilean Air Force with many years of flight experience, described the object as a “flat, elongated structure” with “two thermal projectors that did not coincide with the axis of motion”.

The technician on board said that the object was “white with a semi-oval shape on the horizontal axis”.

Photo-analysts of the Air Force confirmed that the object is a real three-dimensional shape with volume and which had “control of its movement.”

During the investigation it was established that the object could not be an airplane, a flock of birds, a flock of insects, an unmanned aerial vehicle, a paratrooper, a deltoplanerist or other natural or terrestrial object.

For this reason, the government of Chile has decided to declassify this video and the results of the investigation to provide all the facts on this incident to the public that it could draw independent conclusions about the nature of the object.