Coma is one of the most mysterious human states 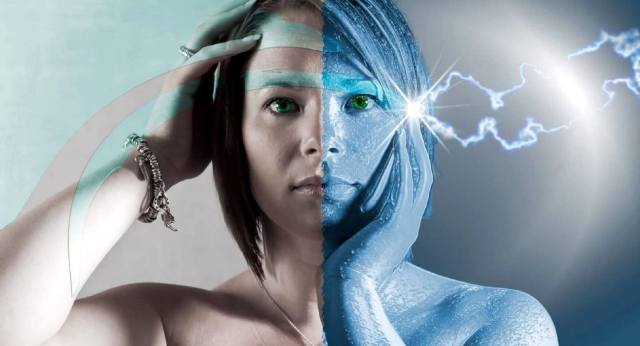 Do you remember Ray Bradbury’s short story “Dolly,” in which the hero is able to fly after a coma? Of course, this is fiction, but the idea itself is not that far from the truth. After all, coma is one of the most mysterious of human states.

The state of coma is traditionally considered something intermediate between life and death: the patient’s brain stops responding to external stimuli, consciousness fades, only the simplest reflexes remain… Doctors usually advise coma patients’ relatives either to wait for the patient to wake up himself or, if this state lasts long, to disconnect him from life support.

For a long time, doctors were convinced that in the comatose phase, the patient’s brain is asleep and he is unable to be aware of what is going on around him. Although there are many known cases where, after coming out of a coma, the person said that they heard and were aware of everything that was going on, but could not react to it.

British neurosurgeons have managed to prove that comatose people do not turn into “vegetables” – they can think and even react to the words addressed to them.

For example, in 2000, Canadian Scott Rautley was involved in a car accident, after which he fell into a coma. Despite his condition, the patient was able to open his eyes, move his fingers and distinguish between day and night. This case interested Professor Adrian Owen of the University of Cambridge, which together with his colleagues has developed a special technique that allows you to “read” the thoughts of people who are in a coma. Having scanned Scott’s brain, the researchers asked him a series of questions to which they assumed either a positive or negative answer. At the same time, the tomograph recorded any manifestations of brain activity. The scientists concluded that Scott was aware of who he was and where he was, and responded to external stimuli. In particular, he “answered” that he did not feel pain.

Later, a group of scientists examined a 23-year-old girl who had suffered brain damage after a car accident. The patient could neither move nor speak. When scientists asked the girl to imagine she was playing tennis, the scan revealed a spike in activity in the parts of the brain that are responsible for motor functions. The same was observed in brain scans of healthy volunteers who participated in the experiment. According to Dr. Owen, these results prove that the patient is at least capable of hearing and responding mentally to speech addressed to her.

Thus, the answer to the question of whether euthanasia is permissible for people who have been in a coma for a long time becomes even more controversial.

A number of specialists advise to “communicate” more with a comatose patient, talk to him, tell him some stories – they say this allows the comatose person to maintain a connection with real life and increases the chances of bringing him out of the vegetative state.

Cases where a person comes out of a coma contrary to doctors’ predictions are not uncommon at all. Thus, a resident of the British town of Weston-super-Mare, which is 30 km west of Bristol, managed to bring his wife out of a coma … with the help of swearing!

Yvonne Sullivan had suffered a botched delivery. The baby died and she herself suffered severe blood poisoning. Upon learning of the infant’s death, the woman became unconscious and did not emerge from it for two weeks. Finally, the doctors offered to take her off life support. On hearing of this, Yvonne’s husband Dom became so angry that he grabbed her unconscious spouse by the arm and began to shout at her, reproaching her for her refusal to come to her senses. Two hours later, Yvonne suddenly began to breathe on her own, and five days later she returned to her senses. According to the doctors, it was the husband’s “bashing” that helped.

Three-year-old Alice Lawson from the English town of Scanthorpe looks like a healthy and cheerful child today. Who could believe that two years ago she was practically a “plant,” and doctors were going to kill the hopeless patient in order to transplant organs to a donor? However, a miracle happened at the last moment, and the girl came out of her coma.

At the age of one, Alice suffered meningitis and a stroke with kidney failure. She could not breathe on her own, only machines kept her alive. In March 2010 parents made a decision to turn off the machine and signed a permission to remove her daughter’s organs for further transplantation.

The day before, the Lawsons had spent the night at their daughter’s crib. Alice’s mother Jennifer brought her balloons, which the girl adored when she was healthy. She chatted with her daughter, telling her how much her family loved her.

The next morning Alice received a morphine shot and was disconnected from the machines. Jennifer took her in her arms and kissed her. A transplant team was already waiting in the next room. Suddenly, the medics noticed that the girl was … breathing on her own. She was alive!

Of course, the child did not recover immediately and completely. For a while Alice’s reactions were at the level of an infant; she couldn’t even hold her head up. In addition, one of her legs was shorter than the other, but this can be corrected by surgery.
Now she goes to a remedial kindergarten. She draws and rides a bicycle, which was modified especially for her. Her relatives hope that in time Alice will recover and catch up with her peers.

A new personality in a former body

Meanwhile, sometimes things happen to coma patients that are difficult to explain in a rational way. For example, after suffering a head injury. Heather Howland, a 35-year-old Englishwoman, suddenly turned from a model wife and mother into a sexually obsessed lady.

The accident happened in May of 2005. Heather suffered several brain hemorrhages and spent 10 days in a coma. When Heather was released from the hospital, her husband Andy took a leave of absence to care for his wife. At first, he didn’t notice anything strange. Three months later, Heather walked out of the house for the first time. She was on her way to the store. However, Andy, who had been watching his wife from the window, was amazed to see her walk up to the house across the street and talk to the worker who was doing repairs while the owners were away. The two then went up to the terrace and closed the door behind them. Through the glass you could see the man and the woman kissing…

Since then Andy’s life became a nightmare. Heather has never let a man pass. Once she’s left alone, she heads to a singles bar and meets sexual adventurers there. From time to time acquaintances call Andy at work and ask him to come immediately to pick up his wife, who is behaving inappropriately, hitting on strange men.

The doctors believe that the head injury caused irritation to the brain centers responsible for sexuality. They prescribed a special course of drugs to suppress sexual desire.

Heather herself wanted to change the situation. She voluntarily agreed not to leave the house for the period of treatment. The lady says she has had more than 50 sexual partners since her recovery. “I woke up in the hospital with an incredible need to have sex all the time,” she says, “and it doesn’t matter with whom. I don’t recognize myself. After all, I’m not the kind of person who meets men on the street and invites them home to have sex.”

Not long ago, the media circulated information about six-year-old California resident Zoe Bernstein. The little girl spent about a month in a coma after a car accident, and when she woke up, loved ones didn’t recognize her.

“She had become a completely different person. – says the girl’s mother. – Zoe had developed what’s called attention deficit disorder. A model child turned into a little bully. Although, maybe that’s not such a bad thing – after the accident she became more like her peers. On the other hand, this is a different girl, and the old Zoe that she was before the accident will probably never come back.

A few years ago, a 13-year-old Croatian girl fell into a coma for 24 hours after a car accident. When the girl woke up, she was found to be fluent in German. Before that, she had studied German at school, but she wasn’t making much progress. But after the coma, the girl had forgotten her native Croatian completely!

And twenty-six-year-old Briton Chris Birch slipped into a coma after a hard hit during rugby practice. “When I woke up, I realized very quickly that my orientation had changed,” Chris recalls. – I became gay, and I took it for granted.”

According to psychiatrist Miho Milas, similar cases are known to science. Perhaps the secret lies in a suddenly awakened genetic memory. What if, after a coma, a completely different human personality could take over?