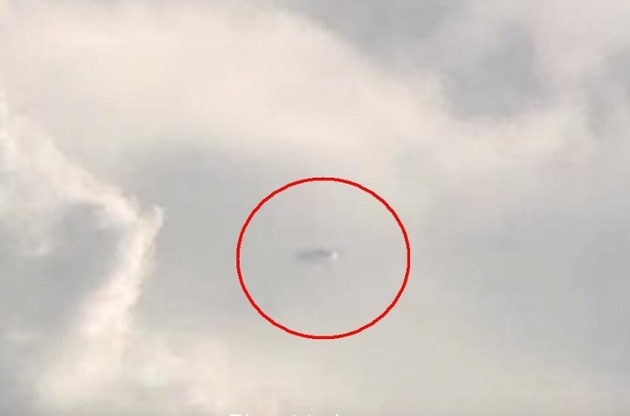 Eyewitnesses took video of a massive disc-shaped UFO appeared over the outskirts of Paris. A local resident, taking in the beautiful Cumulus clouds, I noticed that in the opening between two clouds, there was an unusual dark grey object. The UFO appeared from a large cloud, and after a few seconds again disappeared in the clouds.

“I found a strange object that was flying high in the clouds over my garden. First glance I thought it was a helicopter, but after the increase I realized it was something else”, — the eyewitness wrote in the comments to his video.

The object clearly had the shape of a flying saucer. He was flying through the clouds very slowly. Its trajectory and speed comparable to a helicopter, but the shape really struck me,” added the eyewitness.

In addition, he saw how from the object surface reflected the light of the sun. Solar flare proves that the object is flat, round and large.