During the baseball game in Minnesota filmed something strange 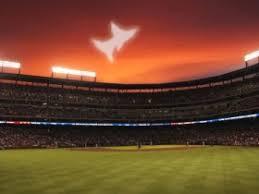 The network has a video from a baseball game, in Minnesota, which features similar to the angels objects performing synchronous movements. But the audience is not in a hurry to identify the glowing balls from the UFO.

The audience shot a game on the camera, but the lens caught unusual phenomena occurring in the sky. His video, the fans decided to show the researchers and users. Opinions of viewers on this issue have dispersed, someone saw in these balls angels, someone UFO or something else supernatural.


However, there were also skeptics who claim that they are just drones launched in one of the stadium rows. Although, and this version does not fit with the fact that the speed of the drone and the speed of the lights are very different, the “angels” moved too fast. In any case, the viewer of the match managed to shoot on his camera, something unusual.