During the full Moon eyewitnesses managed to photograph the alien 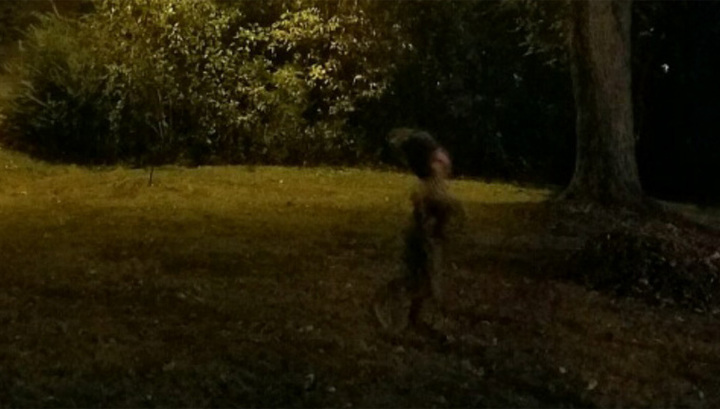 Eyewitnesses have reported that they have taken pictures in their yard when the full Moon was shining in the sky. They have taken two pictures through a small period in several seconds.

They saw nothing unusual during photography. But later watching the taken pictures, unexpectedly they have found out that they managed to imprint a strange being. In the first photo there is nothing unusual, but on the second, made literally in a second after the first, the figure of very strange being is clearly visible. 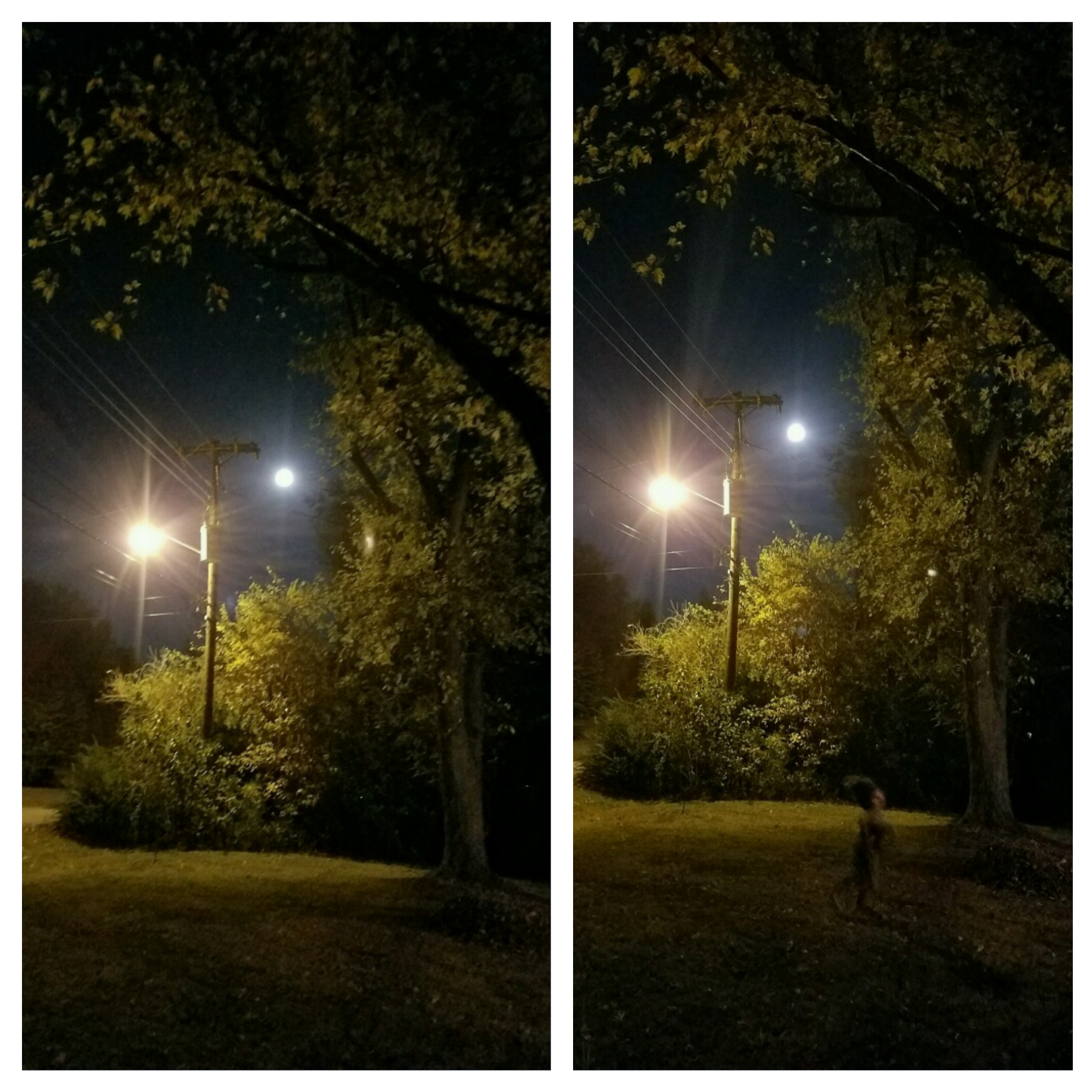 This being is the humanoid, with two legs and two hands, but of small growth and with very unusual figure and the head. Now residents of the house think what they managed to photograph: maybe an alien or some otherworldly being or the guest from parallel reality.

One time I was standing outside at night, and I looked over at the next house over, which had its frontdoor lights on, and suddenly when I looked back there was two dark shadowy figures sitting in front of the door. I stood there looking at the figures, and I was trying to figure out if what I was seeing was actually real, and it was strange and not some illusion. Suddenly the figure on the right turned as if to look at me, and I ran back into the house, and asked if the neighbor was talking to someone (although the shadowy figures were too big to be the neighbor or anyone else). When we came back outside the figures were gone, however it could not have been the shadow of anything, and we even tested different things to see if we could get the same effect, but nothing could disprove the strange sighting. Even though I seen it myself, it was so strange that I was utterly shocked for awhile and layed down and went to sleep.