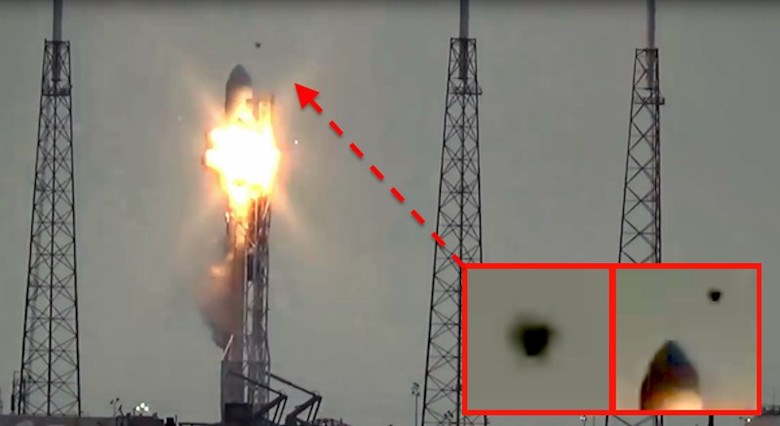 It took more than a week after a catastrophic explosion on the launch pad, which gutted the SpaceX Falcon 9 rocket during testing, refueling, and the company has allocated the case in bold as “the most complex and comprehensive failure” in its history. And asked the public to help in the search for the perpetrators. Yes, personally Elon Musk acknowledged this case is the most difficult in the 14 years of existence of the company, and published a series of tweets in which he urged people to help find the cause.

“It turns out that this is the most difficult and complex failure, which we had for 14 years,” tweeted Musk on Friday, September 9. The accident occurred without warning in the space of the complex number 40 at approximately 9:07 local time at Cape Canaveral, September 1.

The rocket SpaceX for $ 60 million, and Israeli commercial communications satellite AMOS-6 for $ 200 million was completely destroyed by a massive fireball, which exploded unexpectedly during a routine and scheduled pre-start fill fuel and check the engine spark at the 40th site.

“Still working on the investigation of the fiery explosion of the Falcon,” stated Musk.

The problem of the missiles originated somewhere in the upper stage during the refueling operations at the launch pad for the so-called “hot check the ignition of all nine Merlin 1D engines of the first stage,” Musk said.

But the countdown has not yet had time to reach the point of ignition, and the Merlin engines was a few minutes from start (switch on for a few seconds).

“It is important to note that this occurred during routine filling operations. The engines were turned off, and no obvious source of heat was not,” continued Musk.

Engineers almost loaded the fuel, which was composed of liquid oxygen (LOX) and kerosene RP-1, is designed to test static burn of the first stage of the Falcon 9. In fact, this is the last rehearsal run.

The mystery of the explosion and its root causes, apparently so deep that even SpaceX has asked the public for help. Maybe someone will send “some notes on the theme of the event.” Perhaps they exist. You never know.

“If you have an audio, photo or video anomalies last week, please send it to report@spacex.com. The material can be useful for investigation,” asked Musk on Twitter.

The initial moments of the explosion before the crash too confusing investigators.

“Part of trying to understand the quiet explosion sounds for a few seconds before he erupted a ball of fire. It could have come from rockets or from somewhere else”.

The explosion also investigate numerous US Federal agencies: NASA, the FAA, AFPAA and others. The incident took place two days before the planned launch of the Falcon 9 on September 3.

It also caused significant damage bootblock missiles, that is, the lift conveyor, which holds the rocket in place prior to the start, and ground support equipment around the site. At the site still dangling dangling cables. One of the four masts of the lightning also burned and blackened noticeably. However, SpaceX has not yet released a full description of the damage to the site and accessories.

The rocket explosion was accidentally captured in all its splendor a journalist from USLaunchReport Mike Wagner.

Fortunately, no one was hurt because the floor is always clear of personnel during all kinds of dangerous operations to prepare to launch.

“Anomaly appeared near the top of the tank with oxygen appeared at the time of fuel loading into the transport. According to the standards operating procedures at the site there was no staff, and no one was hurt,” said SpaceX in a statement.

For the second time in 15 months that Falcon 9 rocket exploded. This may cast doubt on its reliability. The first failure involved a catastrophic explosion in the middle of the air after two and a half minutes after launch, while sending to the ISS capsule resupply Dragon CSR-9, 28 Jun 2015.

While all launches SpaceX postponed for a time a thorough investigation, identify the root cause and take all necessary decisions.

The satellite AMOS-6 was built by Israel Aerospace Industries for Space Communication Lts. It was planned that it will provide communication services including direct satellite home Internet for Africa, the middle East and Europe.

There is an opinion:

1 September 2016 at the spaceport Cape Canaveral in preparation for launch, which was scheduled for 3 September. In the video which shows the moment of explosion of the rocket, you can see over it a second before the explosion at high speed UFO. After the appearance of the unidentified object, the explosion occurred.